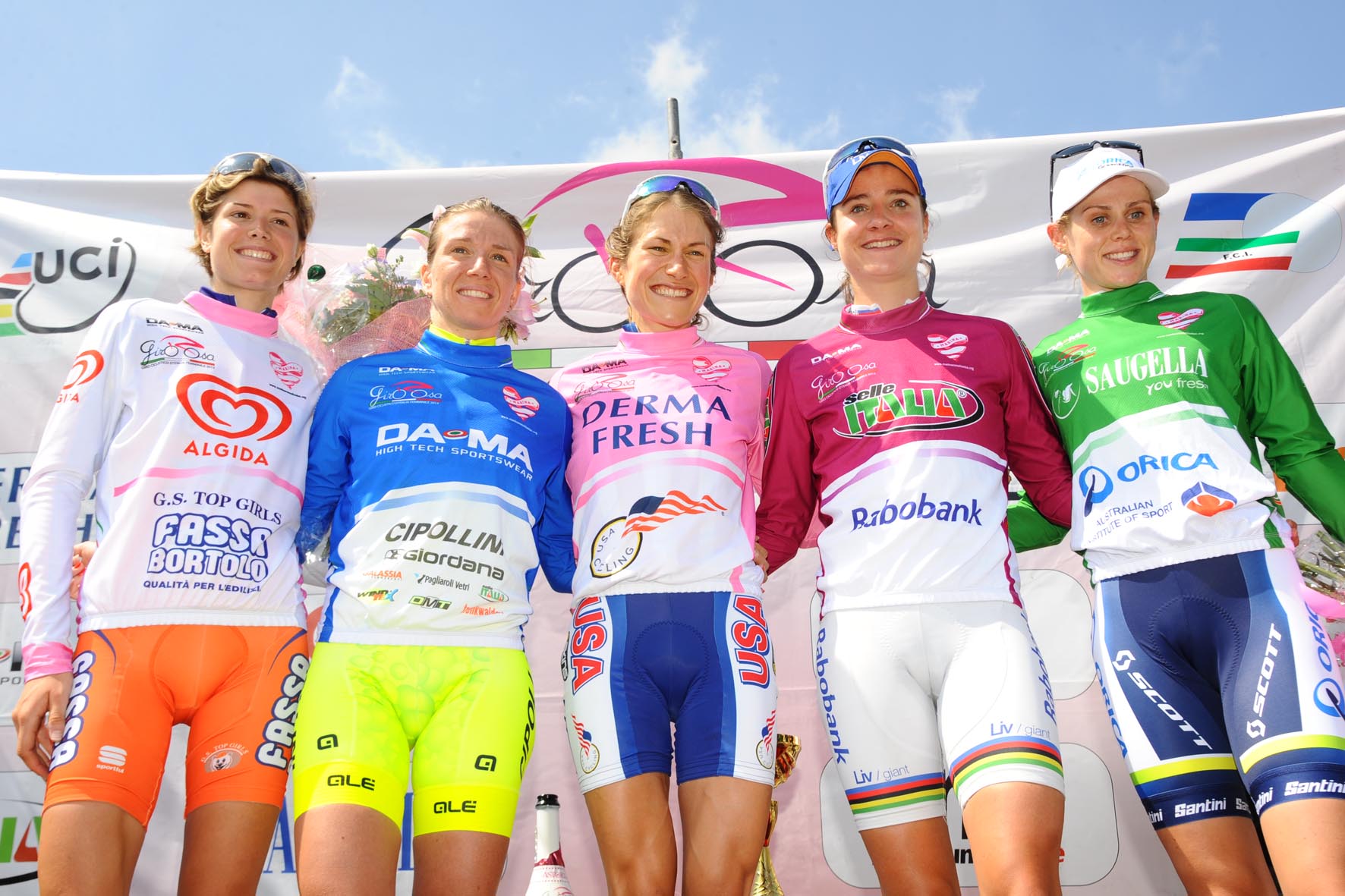 19 Mar 2015
By Campionissimo - In FEATURED ARTICLES, THE GREAT RACE

Organizers for the Giro Rosa, unveiled details of the 2015 route, which will feature a Gran Depart on foreign soil for the first time.

The 890-kilometer course was revealed in Genoa at the Palace of Regione Liguri yesterday, which will include an opening prologue through the streets of Ljubljana, Slovenia on July 4, before concluding in San Domenico di Varzo on July 12.

“It’s an honor for us to host an event like the Giro Rosa official presentation. This is the most important women race in the world. This means that it gives a bigger interest for sport that Regione Liguria is having this year,” said Renato Di Rocco, president of the Italian Cycling Federation said at the presentation. “The Giro Rosa gets more and more fans, as we have seen during the past editions.”

Following the prologue in Ljubljana, the race will remain in Slovenia for a 102.5-kilomeer open stage from Kamnik back to the capital Ljubljana.

The race will then transfer to Italy for stage two, which will features 121.5 kilometer route that will start and finish in the cities of Gaiarine and San Fior.

The northern province of Lombardy will play host to four days of racing, with the longest stage of 130.4- kilometers taking riders from Cutatone to Mantove.

From there, riders will get a reprieve, with a short stage from Pioltello to Pozzo d’Adda, before heading into the mountains.

The first summit finish of the race comes on stage four from Trezzo sull’Adda to the ski resort at Aprica. The 15 kilometer climb to Aprica averages just over three per cent with sections of over 10 per cent. The following day from Tresivio to Morbegno will likely be a transitional day before they peloton returns to the climbs.

Stage seven is set to be the queen stage of the race, with the riders tackling the Naso di Gatto and Melogno climbs.

An individual time trial will take place on the penultimate day, with a 21.7-kilometer route through the Piedmont region – past the Lago Maggiore into Nebbiuno.

The final stage will be a 92.7-kilometer stage from Verbania to San Domenico di Varzo, where the 2015 Giro Rosa winner will be officially crowned.

The 2015 edition, marks the Giro Rosa’s third running under its new name, and its currently the only women’s Grand Tour on this year’s calendar.