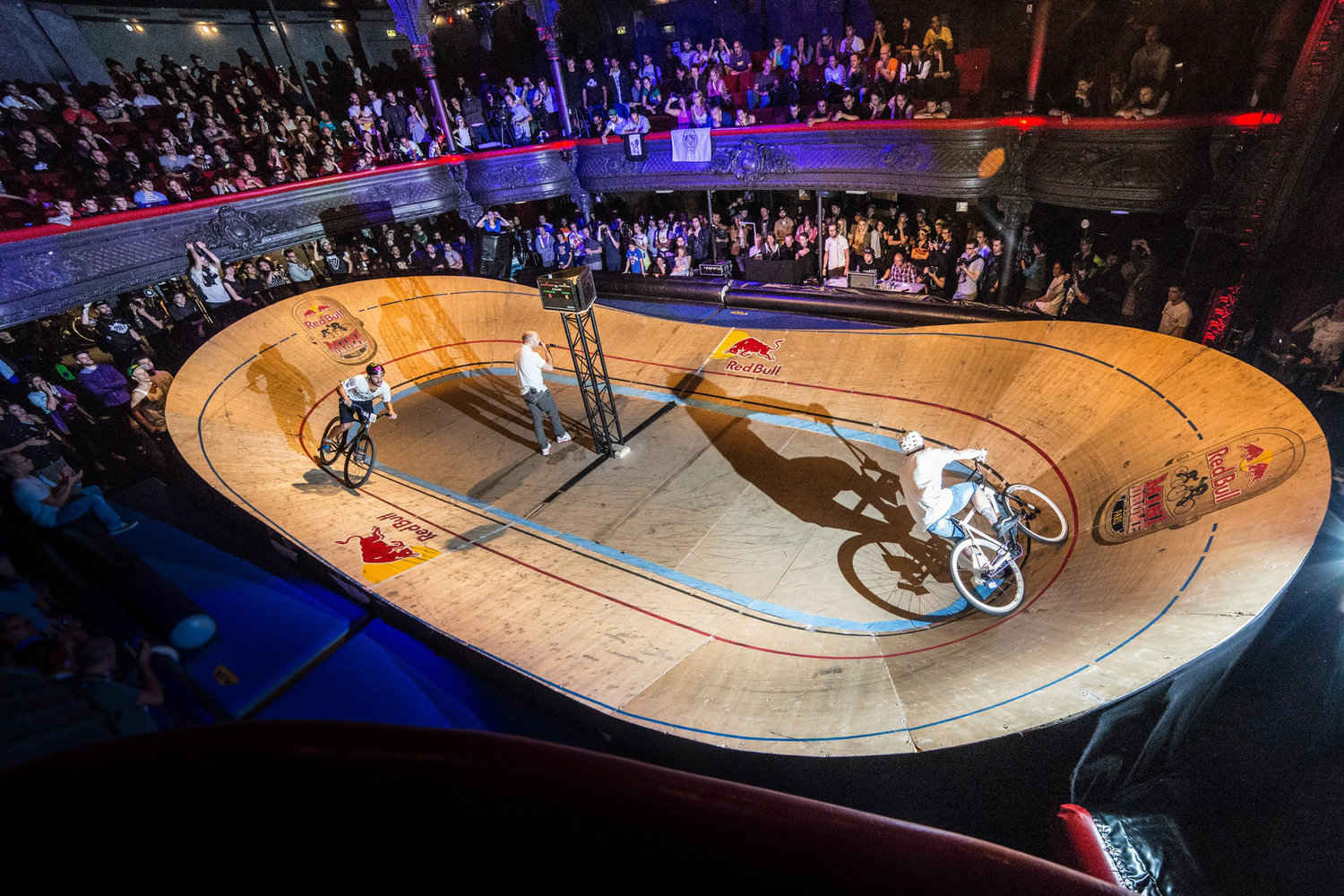 Red Bull Mini Drome has made its way back to New York, but with a twist… more like a figure 8!

WHAT:
Red Bull Mini Drome is an all day racing competition for single-speed fixed gear cyclists where they can race against the clock and then against each other to see who is the fastest burner on two wheels.

Taking the normal circular “velodrome” concept, which is usually located in arenas or outside, shrinking it down and bringing it inside a unique location in NYC is what Red Bull Mini Drome has brought back to one of the five boroughs for the past 2 years.

Red Bull Mini Drome in 2015 is set to be extra special because a barely-ever-before-seen figure eight track is going to be built this time around. The mythical concept, which is known to only have existed a few times, one being the 1995 Toronto Cycle Messenger World Championships, involves more speed, extra precision and a bit of danger as cyclists take turn after turn without rest.

The legendary concept will come to life on Friday, June 19 in an old 1920s Queens dance hall that has been holding up as a creative art space called Project Studio for the previous twenty years. It’s recently restored colorful and antique fixtures and moldings lend to the spectator-friendly and the ‘playing-where-you-don’t-belong’ vibe that Red Bull Mini Drome has become known for.

Tickets to the event are free and on a first come first serve basis. For more information, please visit minidromenyc.eventbrite.com.

ADMISSION:
Attendance is free and 21+; fans can RSVP at minidromenyc.eventbrite.com