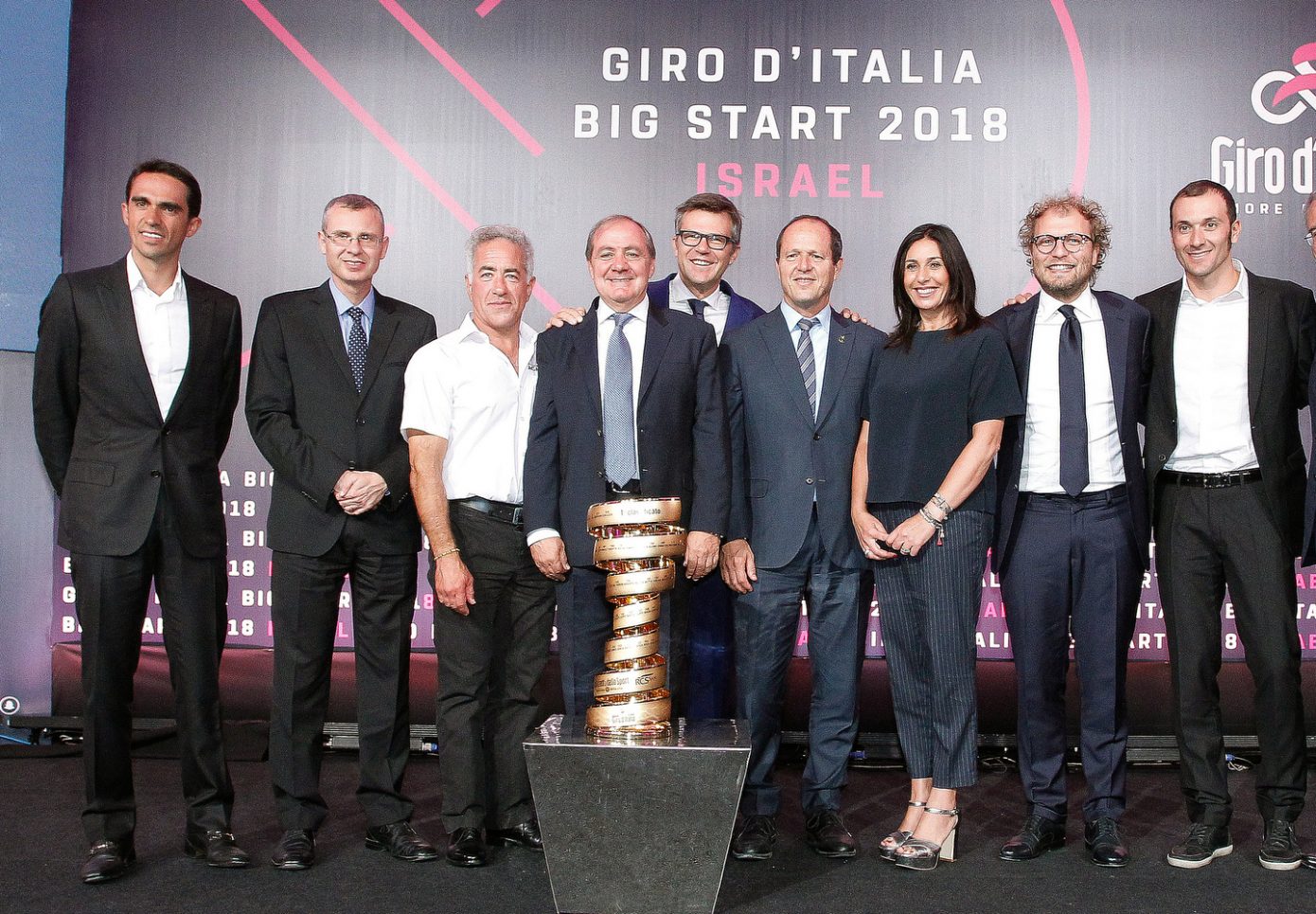 Organizers for the Giro d’Italia unveiled the details of next year’s Italian Grand Tour in Milan today, which will include an opening 9.7 kilometer time trial in Jerusalem, followed by with two stages in Tel Aviv and Eilat that will favor the sprinters.

The race then transfers to Sicily on the first race day, before a 191 kilometer stage to Caltagirone, with a short uphill finish, while stage six will mark the first proper summit finish – atop Mount Etna, at the Astrophysical Observatory.

A flat transitional stage follows before a challenging weekend, with finishes on the Montevergine di Mercogliano and at Campo Imperatore – the latter marking a 45 kilometer climb to conclude a 224 kilometer stage.

Two more sprint stages follow, including a finish on the Imola motorsport circuit and a trip through many of Italy’s significant WWI sites.

The Zoncolan is next on the cards, concluding the climb-heavy stage 14 on Saturday May 19 and to be climbed from the toughest Ovaro side.

Four more climbs in the Dolomites will take place on the following day, which will ensure that there’s no let up before the final rest day.

The final week will kick off with a 34.5 kilometer individual time trial, on a mostly flat route that will again favor the sprinters of the peloton.

Another relatively flat stage in Italy’s wine region follows, before the mountains return with a vengeance as the peloton hits the Alps.

The Cima Coppi – the highest climb of the race – is the Colle delle Finestre, complete with 9km gravel sector, on stage 19, while stage 20 covers 4,500 meters of elevation across just three climbs.

Finally, the race will head to Rome to take in ten laps of the 11.8 kilometer finishing circuit around the city.