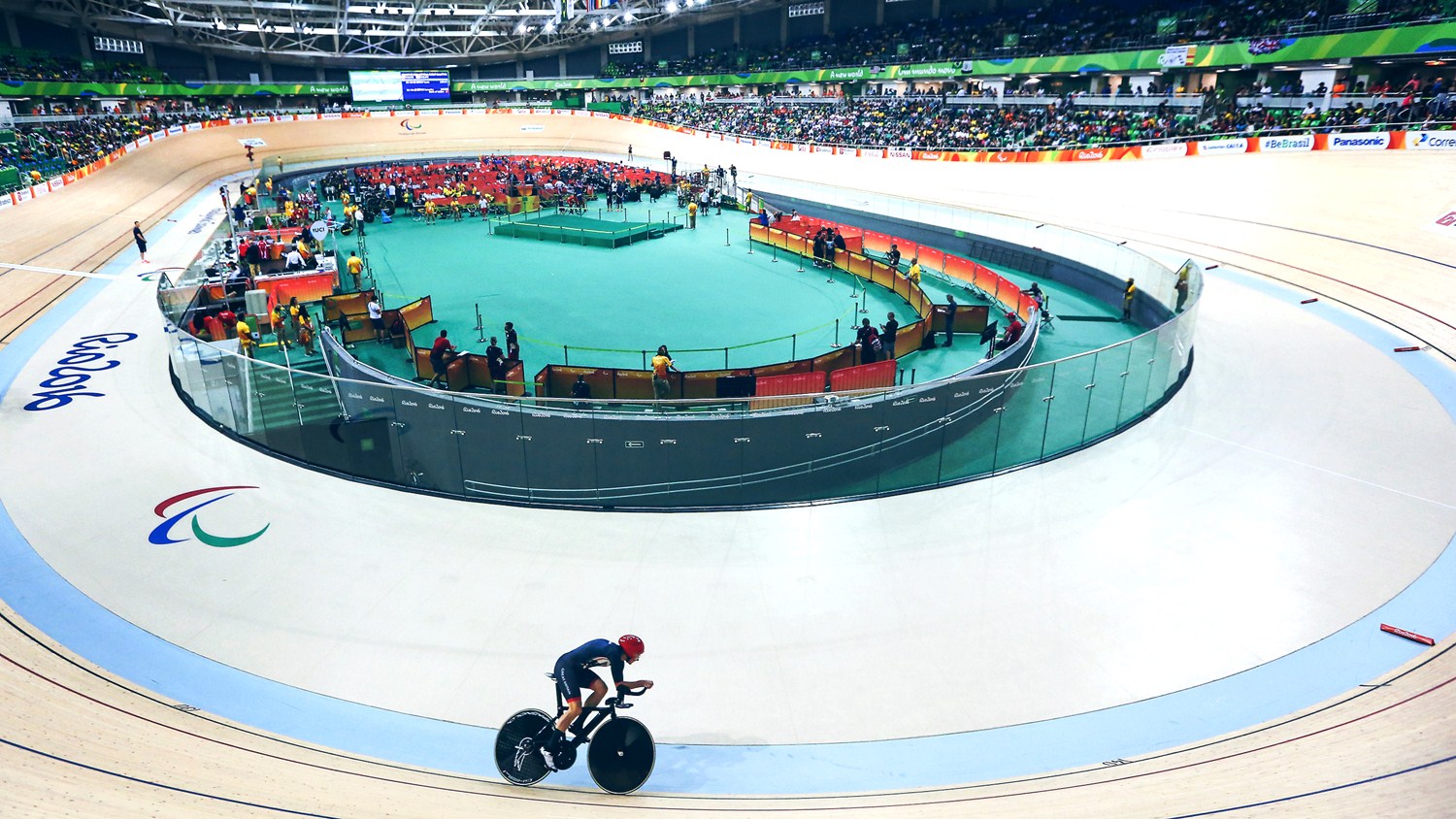 The upcoming 2018 UCI Para-cycling Track World Championships (March 22-25) at the Velodromo Municipal do Rio in Rio de Janeiro, Brazil, mark the first time since the 2016 Olympic and Paralympic Games that an International Federation has returned to the Barra Olympic Park for an event of this stature.

The 250 meter track was designed by Schuermann Architects, a design firm that had previously designed the Laoshan Velodrome for the Beijing 2008 Summer Olympics and Paralympics in China. Constructed of Siberian pine, the track saw three world records and a total of six Olympic records set over the course of the 2016 Games.

At the Paralympic Games, Brazil had its biggest cycling result in history, with Lauro César Chaman winning both a silver medal in the men’s road race and a bronze medal in the individual time trial. On the track, Chaman (a C5 athlete) finished fourth in the individual pursuit and 12th in the time trial. Chaman’s two medals were the first ever won by a Brazilian in cycling at either the Olympic or Paralympic Games. Chaman won three medals – one silver and two bronze – at the 2017 UCI Para-cycling Track World Championships, and will lead Brazil’s 11-rider team in Rio.

Since the Games, the velodrome in Rio has been part of the Olympic Training Centre; the Centre consists of six venues used during the 2016 Games, plus new facilities created in the Barra Olympic Park. The Centre was inspired by national programmes such as those at the Australian Institute of Sport, United States Olympic Training Center, and the English Institute of Sport.