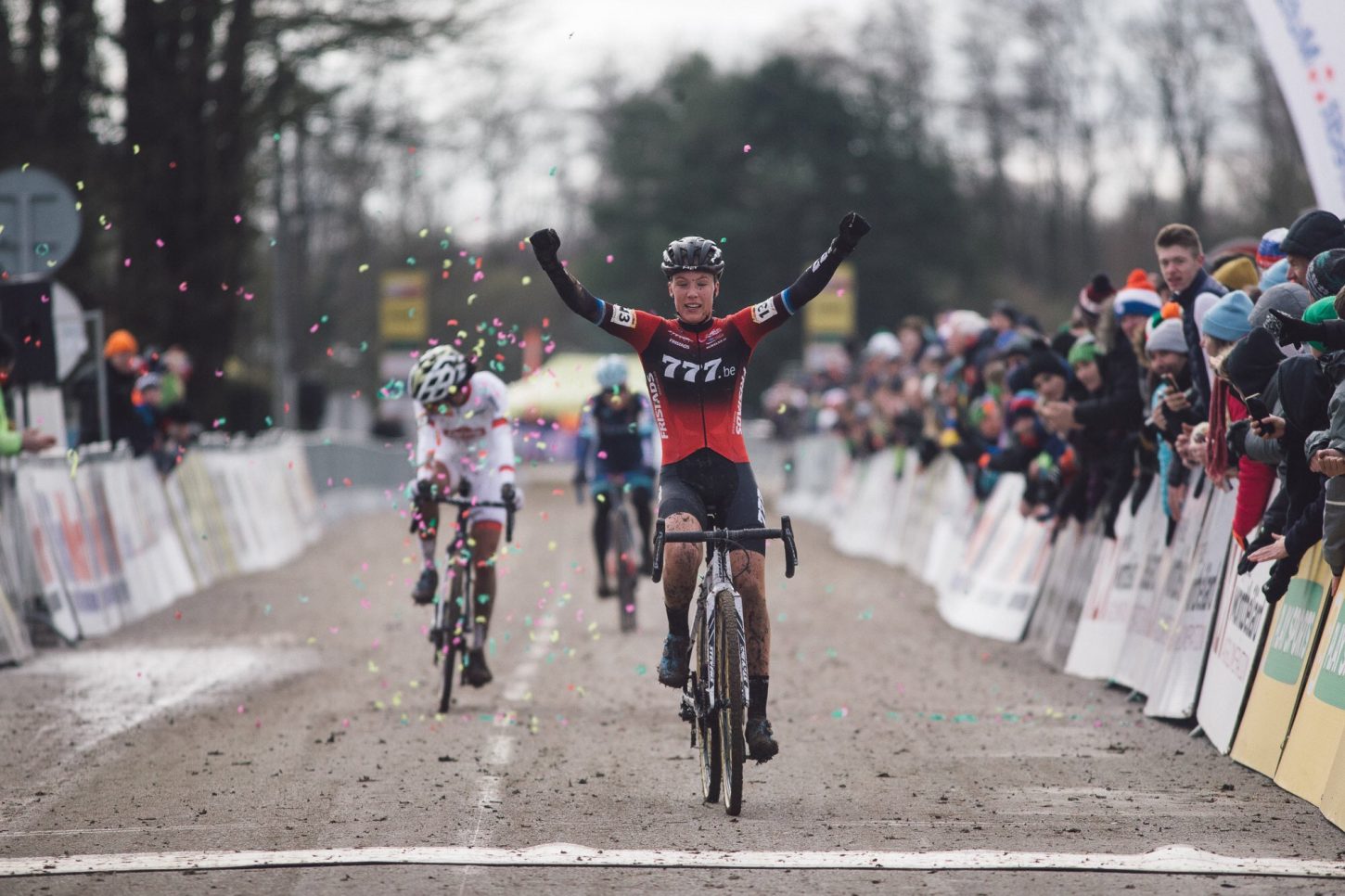 Months of battles across frontiers and oceans haven’t been enough to set the rankings straight: the Women Elite overall standings for the 2019-2020 UCI Cyclocross World Cup are as tight as it gets ahead of the final round this Sunday in Hoogerheide (the Netherlands) on January 26th.

The overall victory is still up for grabs in different categories (Men and Women Elite as well as Men Under 23) but the women’s competition is the most closely challenged with only 5 points between the young Dutch star Ceylin del Carmen Alvarado (Fenix-Alpecin) and her compatriot Annemarie Worst (777.be). The Czech Katerina Nash is also still very much in contention, trailing by 35 points after leading the Telenet UCI World Cup standings for most of the season.

The experienced Nash (42 years old, who claimed her first UCI Cyclocross World Cup victory in 2010) made the most of the opening races of the season, back in September, with a second place in Iowa City and a victory in Waterloo. She kept the overall leadership for three months, while her Dutch rivals upped the ante as soon as cyclo-cross action returned to the Old Continent: Annemarie Worst has won three of the six UCI World Cup races held in Europe: ( Bern (Switzerland), Tábor (Czech Republic) and Nommay (France). Meanwhile  Ceylin del Carmen Alvarado claimed victory once, in Koksijde (Belgium) and finished second on every other occasion!

The 21-year-old is already achieving historic performances. We haven’t seen such consistency on the podium of the UCI Women Elite Cyclo-cross World Cup events from a single rider since Katie Compton dominated the 2013-2014 winter.

In 2020, the situation is particularly heated with Annemarie Worst showing she’s more than capable of matching Alvarado’s displays. Last weekend was a thrilling illustration of the rivalry between the two Dutchwomen. After an intense battle in wet conditions, Worst eventually outsprinted Alvarado while Katie Compton kept with them and claimed her best result of the season, third.

“The feeling when you win another worldcup! 🤩”, Worst wrote on social media along with a picture of her radiant smile.

Three weeks earlier, their compatriot Lucinda Brand (Telenet-Baloise Lions) was the only one able to snatch the victory away from the spectacular power duo that has dominated the European season.

Such a tight battle in the UCI Women Elite Cyclo-cross World Cup hasn’t been witnessed since 2010, which also featured two Dutchwomen: Marianne Vos lost the overall victory to Daphny van den Brand for 5 points despite winning the last round in Hoogerheide (Van den Brand came 3rd). That winter, Vos had snatched the victory in three rounds out of seven but Van den Brand (winner in Kalmthout) proved to be the most consistent.

In 2020, Ceylin del Carmen Alvarado and Annemarie Worst have one last opportunity to battle it out, in front of their fans, as they head to Hoogerheide for the last round of the 2019-2020 Telenet UCI Cyclocross World Cup.“6 out of 8 down, one more to go”, Alvarado said on social media after finishing second in Nommay (she missed the first two rounds in the USA). “Still leading the two generals”.