2019 Giro Rosa will Include Finish Atop the Passo di Gavia 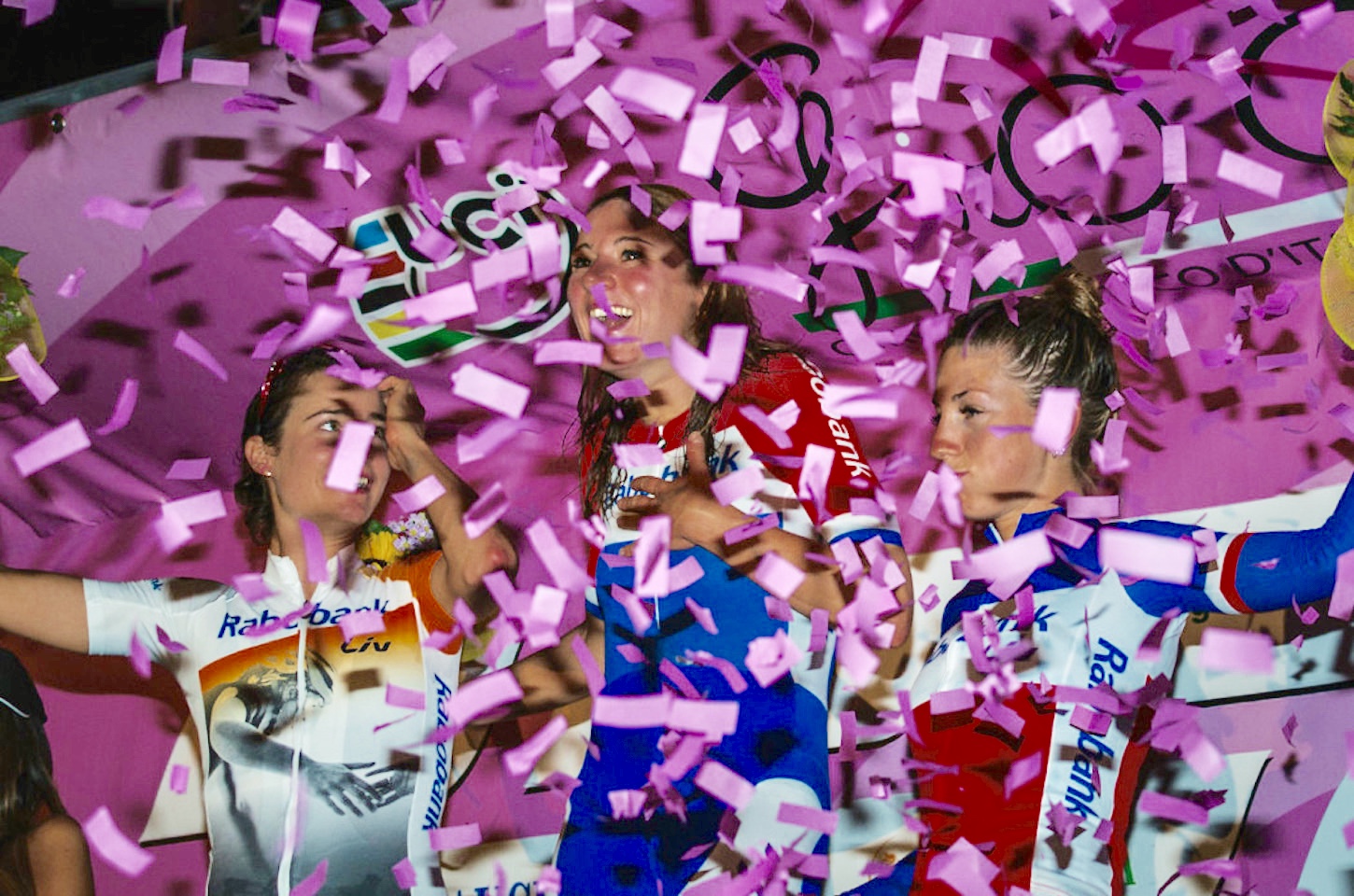 Race organizers for the Giro Rosa announced this week, that next year’s addition will include a summit finish atop one of Italy’s most celebrated and challenging climbs, the Passo di Gavia, which will most likely serve as the 10-day race’s Queen stage.

Additionally, race organizers say the race will include a team time trial, suggesting it will take place “on the roads of Fausto Coppi” to commemorate the 100th anniversary of Il Campionissimo’s birth. It has already been confirmed that stage 11 of the men’s Giro will finish in Novi Ligure in honor of Coppi.

2018 Giro Rosa winner Annemiek van Vleuten voiced her enthusiasm for the summit finish atop the Gavia, by saying, “I was very happy to hear the news that the Gavia will be in the Giro-Rosa next year, I know the climb very well because I always go for altitude training in Livingnio which is very near. I think have have ridden it about ten times and it is usually at the end of my long training after six hours, and it is super high so you will feel the altitude there. It is very special to climb it in an race and especially to finish up there.

“I am very happy the organisers are taking women’s cycling very serious, they always do in the Giro-Rosa, I think it was already in 2010 we finished at the top of the Stelvio and as a rider that just started my career, that was something I will not forget very easily. It makes the Giro something special to finish on an epic, iconic climb. It think it is very good from the organisers and for the progression of women’s cycling.

“I am always super motivated to come back but it makes me even more excited to set some goals again to win the Giro and winning last year on the Zoncolon was so cool. It is very good for women’s cycling to add a climb that everybody knows, it gives more body to the tour.

The race will once again take place from July 5 to the 14, with the full route being announced in March.

After dominating last year’s race, Van Vleuten indicated some of the stages that she hopes to see included.

“For next year on my wish list is another uphill time time, I would not mind that but also a flat time trail, maybe that is even better for me because usually you can get rid of more of the climbers. For sure if they add a TT and if I can ride there in my rainbow jersey that would be very nice and also a prologue to start the Giro is always nice. It was good this year to start with a team time trial, it really emphasises that it is a team performance.”

“My recovery has been going very well, eight-days ago was the first time I could go back on the bike with click in pedals and now I am slowly progressing and I am thinking in two weeks to go to the sun and start a bit more my proper training.”