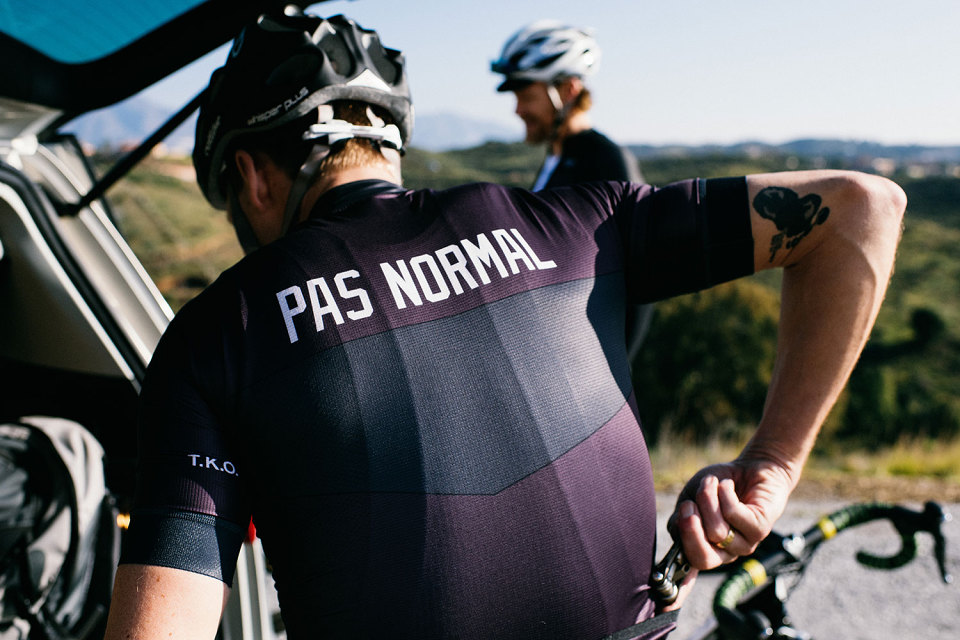 19 Nov 2015
By Campionissimo - In LATEST ARTICLES, THE DOUBLE DIAMOND

As we’ve said in the past, while small, independent cycling apparel companies continue to permeate the cycling industry by the score, there’s only one real trait that can set them apart from other labels – that’s style.

Pas Normal Studios takes what might otherwise be viewed as an understated look, and with a dash of brio, brings it to a level of style and sophistication, rarely found in the behemoth of cycling apparel.

Spring 2015 will see the launch of a new brand in cycling: Pas Normal Studios. Founded in Denmark, produced in Italy. High-end, cutting edge race and training wear paired with a distinct contemporary look and feel.

In 2013 Karl Oskar Olsen and Jacob Ørholm designed a race kit while Peter Madsen lead the project and production. 30 suits on the occasion of friends’ request. The following year, the numbers grew. Their response, as well as a strong personal passion for classic road cycling, meant that Pas Normal Studios was established in the early summer of 2014.

Co-Founder, Karl-Oskar Olsen says: “We decided to start from scratch and define what type of cycling clothing we felt was missing in the vast choice there is on the market today. We wanted to produce uncompromised performance wear that also kept a very clear fashion element as its most defining feature. We felt that on the market today, you often had to pick one or the other. We are very conscious about the traditions in cycling, but we are not a retro based brand and all our styles are visibly inspired by the colors and patterns of today”.

Via numerous trips to Italy with long hours spent in work shops to fine tune the product, the brand has made some specific choices for the first collection, called “The Pas Normal International Cycling Club”: All is hand made in Italy, all fabrics and technologies are at the same level as WorldTour riders use in training and competition. At the same time, all the styles have the highest level of durability – specifically for the Northern European climate.

“The 2015 collection is based on clean, understated lines with a toned-down but very distinct look that stands out with its attention to detail. It brought us back to one of our original ambitions with Pas Normal Studios: To make a full range of clothing that had a different look, inspired by aesthetic elements outside of cycling”, says Karl Oskar Olsen.

Going forward, Pas Normal Studios is currently working on different co-labs within the industry and a range of limited edition projects to be launched later in 2015. The Pas Normal Studios 2015 range can be found in selected shops and online.