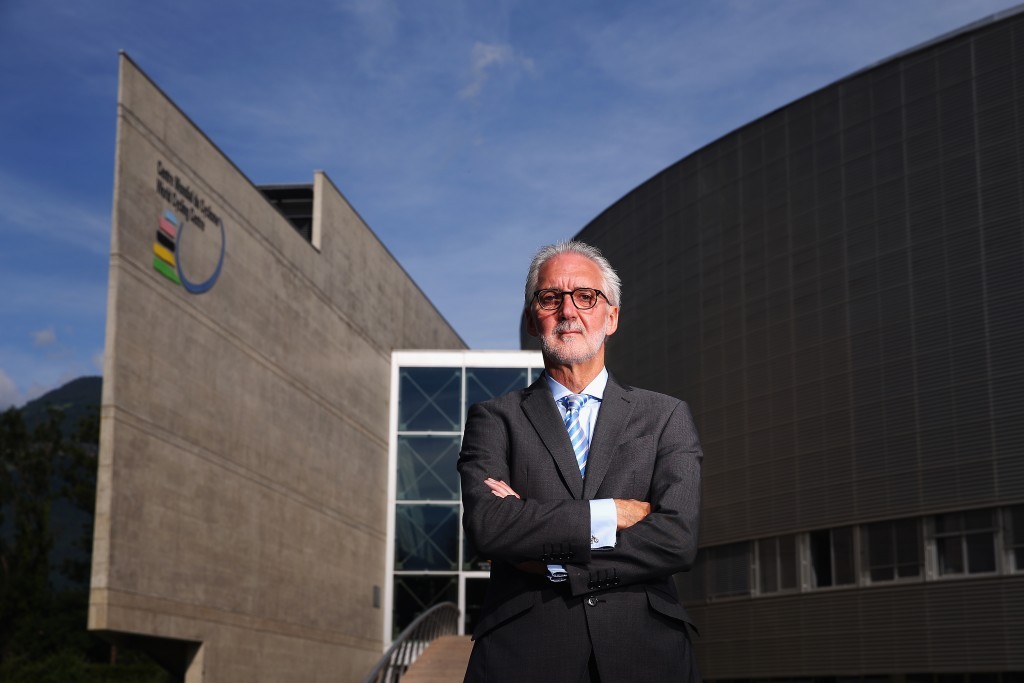 04 Jan 2016
By Campionissimo - In LATEST ARTICLES, THE GREAT RACE

I recently published the first part of my end of year update. This focused on the revolution in our approach to anti-doping, the reforms undertaken to guarantee greater openness and transparency, and our activities to develop cycling worldwide. The second part of this update follows. It covers fundamental areas such as the development of women’s cycling, the restructuration of Elite road cycling, the season’s new initiatives and the outlook for the future.

We spent a full year consulting with event organisers, teams, rider representatives, media and sponsors before setting up a new women’s series, the UCI Women’s WorldTour, starting in 2016.

The UCI Women’s WorldTour will run for 35 days from March (Strade Bianche, Italy) to September (with the recently formed one-day La Madrid Challenge by La Vuelta), increasing the number of competition days by more than 60%.

The 2016 calendar will take the peloton to 17 events across Europe, the United States and China, including for the first time multi-day events such as the Aviva Women’s Tour of Britain and the historical Giro d’Italia Internazionale Femminile. The popular Amgen Tour of California and the Philadelphia International Cycling Classic will be exciting events on the other side of the Atlantic.

The top 20 UCI Women’s Teams will be invited to participate in each event with some organisers choosing to increase the size of the peloton by offering a greater number of teams the chance to race.

Increased media exposure is at the heart of UCI’s strategy for developing women’s cycling. Event organizers must provide either live streaming or highlight packages, plus a news clip to be distributed to international broadcasters shortly after the race finish. The UCI will ensure that each event is promoted across social media, including its dedicated women’s cycling channel.

In parallel to the development of women’s road cycling, the UCI is making tremendous effort towards gender equality. We’ve equalised overall prize money at the UCI BMX Supercross World Cup for both men and women, starting from 2016. As of 2017, prize monies per World Cup round will also be equal. We’ve established a new Women’s Under-23 category for the UCI Cyclo-cross World Championships with effect from the 2016 UCI Cyclo-cross World Championships in Heusden-Zolder, Belgium. The prize money for this new category will be equal to that of the Men’s Under-23 category.

During a two-day meeting in Barcelona earlier this month, the UCI presented details of the reform to key stakeholders of men’s professional road cycling. Coming after two years of dialogue and consultation amongst all stakeholders, the seminar brought together representatives of over 25 UCI WorldTour events, the 18 UCI WorldTeams and rider representatives.

It was agreed that greater stability will be achieved by registering existing UCI WorldTour events for an initial three year period (2017-2019). Events from the tier below can also apply to join the UCI WorldTour. The first candidates will be assessed in 2016 and any selected will be incorporated for the 2017 season for an initial three-year period. We have also formed the Professional Calendar Working Group which will be administered by the UCI and comprise two representatives from the teams and event organisers, plus a rider observer. This new Working Group will maximise cooperation between stakeholders and advise the Professional Cycling Council on the UCI WorldTour calendar.

This reform respects existing rights, ensures stability for organisers and teams and encourages stakeholders to work together in the interests of our sport. All of us need to realise that it is only by making our sport more sustainable, that we will create new opportunities for all and I’m very much looking forward to the start of the 2016 UCI WorldTour on January 19th with the Santos Tour Down Under.

Embrace the future together

Significant progress has been made over the year in enhancing fans’ experience. It has been great to be part of the new collaboration between the UCI, organisers, teams and riders to bring cameras inside the peloton. We also brought cameras on Track – with spectacular live footage – at the 2015 UCI Track Cycling World Championships and we’ve supported experimentation of geo-positioning at the Tour de Romandie. We will see more progress on this front in 2016.

Innovations such as onboard cameras, re-launching the UCI Hour Record – to which 2015 has seen no less than eight attempts, including new records for both men [Bradley Wiggins, 54.526km] and women [Molly Shaffer Van Houweling, 46.273km] – and new investment in UCI digital and social media are absolutely key to delivering global cycling growth. We re-launched our website just over a year ago and it is now attracting around 50% more traffic. We have also embraced social media and now reach a cumulative audience of 1 million followers across all our platforms.

And in October, Abu Dhabi hosted the first ever UCI Cycling Gala where our family came together to celebrate the standout performances from the 2015 UCI WorldTour. This is another step towards creating a compelling narrative that gives fans, broadcasters and our stakeholders an exciting summary of the Cycling year.

We have made huge progress over the past year and, while it’s important to remember that I am only half way through my first term as UCI President, I am confident that at the end of those four years, even greater advances will have been delivered.

2016 promises to be a breakout year for our sport as we look towards the Rio Olympic Games. We have an incredible road race route which will provide a fantastic experience for riders and a magnificent backdrop for the billions who will watch on TV and online. We will see what is expected to be the best ever Olympic mountain bike course, three more nations compete in BMX and more of the world’s very best riders compete in Sprint and Keirin at Rio.

I also want to ensure that we support the hosts of our major events to drive cycling even more into the mainstream – this is why we re-launched the UCI Bike City label in 2015. We want to build long-term relationships with cities and regions to help them transform into cycle friendly environments, to help drive policy change and cycling investment at the local level. This is a major area that, if we get right, will have a profound impact on major event legacy, getting many more people on their bikes around the world.

We have recently unveiled a more proactive, transparent bidding process for the UCI’s major events that is more professional, and also works much more closely with National Federations. Events such as the 2017 UCI Road World Championships in Bergen and the BMX World Championships in Colombia next year have a great opportunity to set the bar – not just in terms of elite organisation, but also in taking cycling to the masses. Indeed – the 2017 Championship in Bergen is already rolling out child cycle training and bike infrastructure.

The progress we are making has not come about by chance. It has been delivered through hard work and dedication and I am grateful for all the support of the global cycling family – particularly our member federations – in driving our great sport forward.

Finally, I want to thank the many thousands of volunteers across the world who give their time to help nurture our great sport. Without your support, cycling would not be in the strong place it now finds itself. To all of you, season’s greetings and a very happy and healthy 2016.