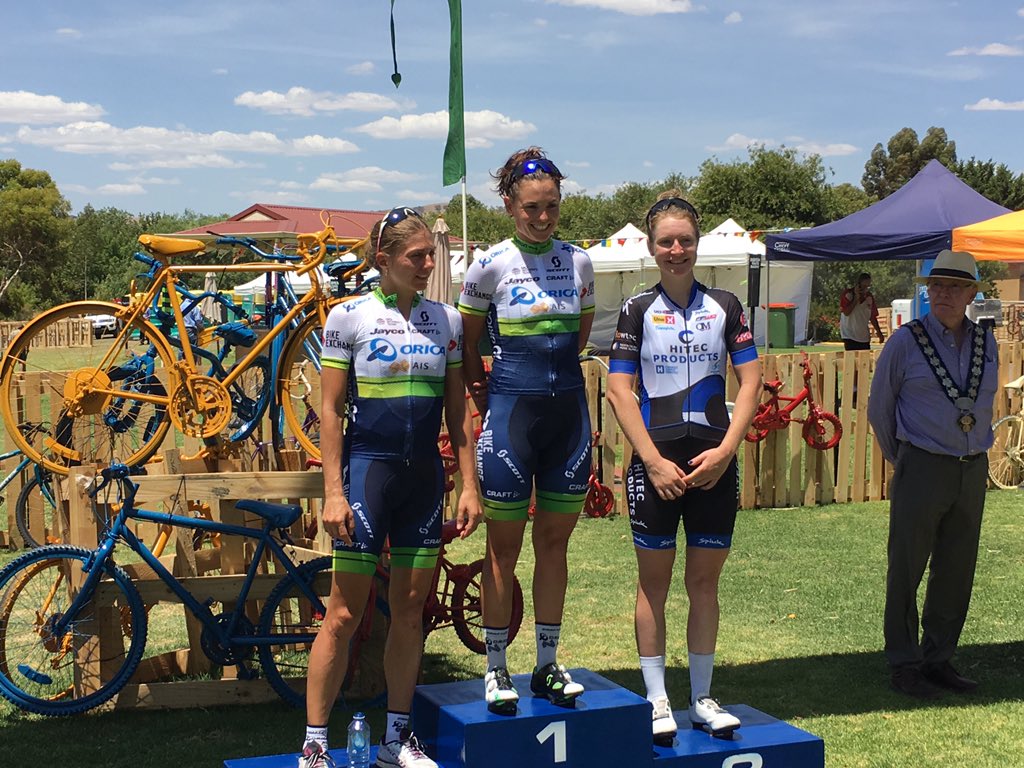 18 Jan 2016
By Campionissimo - In LATEST ARTICLES, THE GREAT RACE

In the blistering Barossa sun, Victoria’s Lizzie Williams kept her cool as she rode to victory on Stage 3 of the Santos Women’s Tour.

An exhausted Williams was thrilled to take the win, immediately recognising the hard work done at the front of the race by ORICA-AIS teammate and reigning Australian road champion Amanda Spratt.

“It was hot out there,” said Williams.

“We had strong girls out there and we knew we could get the numbers. Spratty was just a workhorse out there, dangling off the front like a rabbit.”

“It allowed me to be able to sit on the whole time and that’s why ultimately I had the energy to go with about four kilometres to go, and that’s teamwork!”

Erin Kinneally (WA) of the Nicheliving Vault team was the first rider to get away, establishing a gap of one minute ahead of the first Queen of the Mountain checkpoint.

The fireworks started on the climb on lap two, as many riders struggled to match the pace of the elite climbers in the energy-sapping heat.

Kinneally was reeled in shortly after, with Amanda Spratt the first to counter attack, and build a gap that would allow her teammates Williams and Garfoot to conserve their strength before running away to finish 1-2.

“Spratty by herself and us having four GC riders in our group, Lizzie (Williams) and myself could just sit on,” Garfoot said.

“Most work was done by Tiffany Cromwell and Lauren Kitchen, trying to get Spratty back.”

“By the time we caught Spratty we were nearly on the climb, I got told to go for it on the climb but that didn’t really work, so we waited until it came back together.”

“It was cat and mouse out there, everyone of course covered me and not the others so Lizzie got away to take out the win!” said Garfoot.

The race is set to go down to the wire, as Katrin Garfoot, Lauren Kitchen, Shelley Olds and Danielle King are all locked on the same time.

Wiggle High5’s Danielle King has the Queen of the Mountain Jersey with 16 points, while Lauretta Hanson will be tough to beat for the Sprinters’ crown as she holds a nine-point lead over Annette Edmondson (Wiggle High5).

Stage 4 will be held in Adelaide’s Victoria Park at 6.30pm. 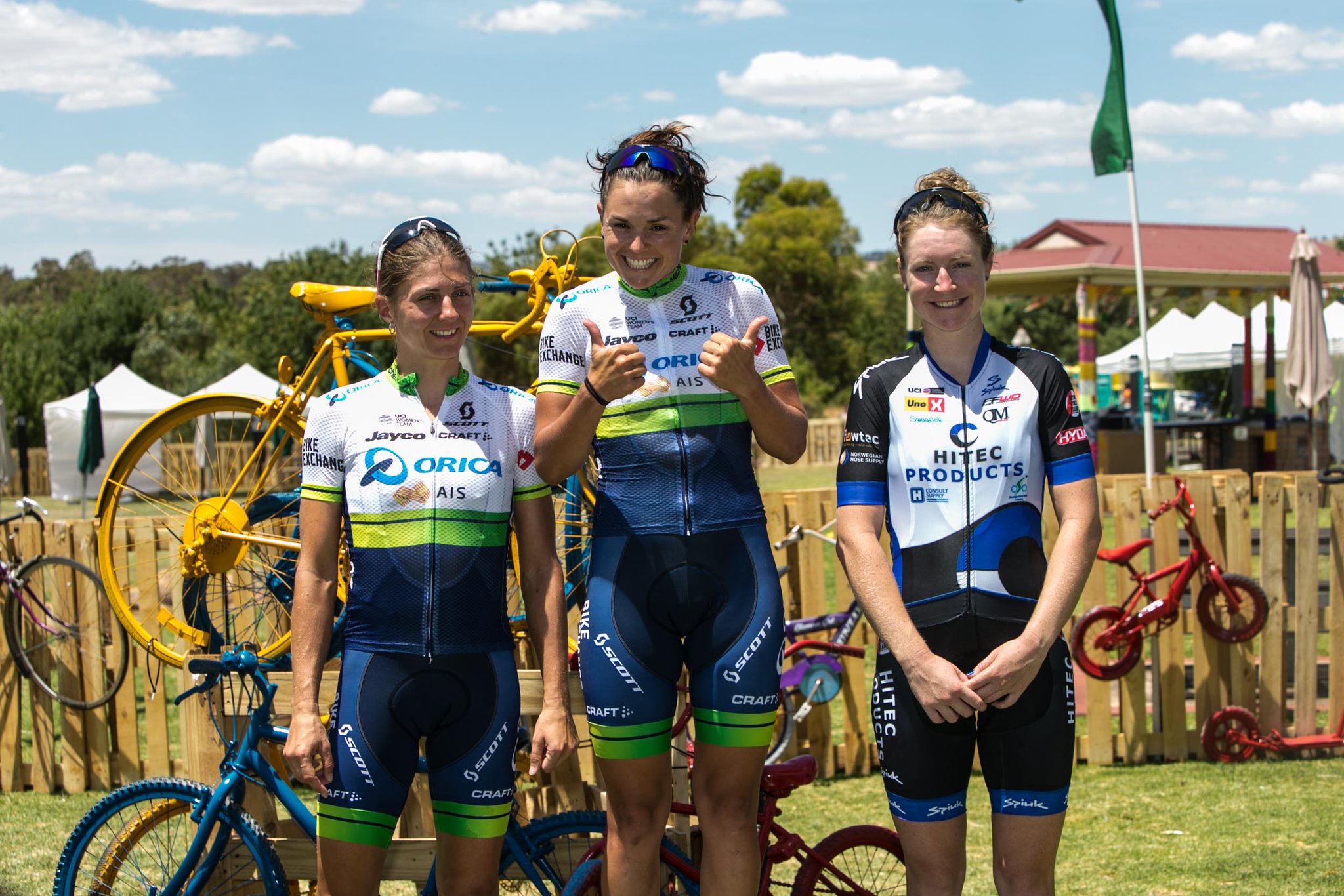