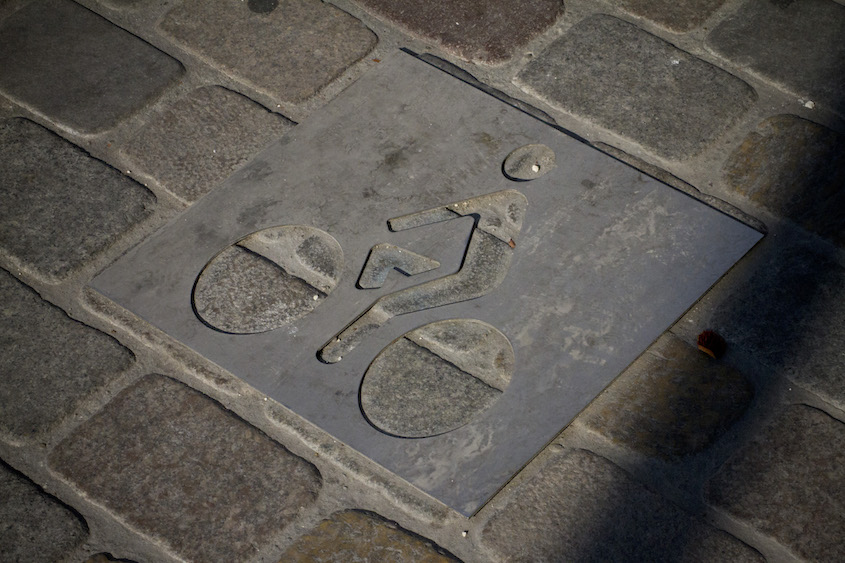 We are excited and proud to release the The Copenhagenize Index 2015 – the world’s most comprehensive inventory and ranking of bicycle-friendly cities.

As with the 2011 and 2013 Indexes, it was a long, arduous process but it was, of course, inspiring, thought-provoking, and at times, surprising. One thing is certain – we are always surprised.

Every year, the Copenhagenize Index evolves. A few things have changed with the 2015 version. In 2011, we ranked 80 global cities; in 2013, we ranked 150. This year, we really honed in on the metropolitan cities of the world, those with a regional population over 600,000 (with a few exceptions because of their political and regional importance and to keep things interesting). This factor allowed us to focus on – and rank – 122 cities for the 2015 Index. We added a few cities like Ljubljana and Strasbourg, but largely the list remains unchanged. The Index consumes a lot of time. Many members of the team at Copenhagenize Design Co. were involved in the making of the Index.

Early in 2011 a discussion arose at Copenhagenize Design Co. about which cities really are the best cities for urban cycling. Professional curiosity was the catalyst for developing this Index. We work with cities around the world and we wanted to be able to give them a score in order to determine the best and most effective method for reestablishing the bicycle on the urban landscape.

The Index was originally meant to be a tool for internal use in the company but we quickly realised that the Index was perhaps worth releasing to the public. The scoring system and the criteria, of course, remain unchanged. We only publish the Top 20, since we use the Index in our work.

The success of the previous indexes shows that cities are very interested in measuring their progress around bicycle transportation issues. The overwhelming response we received about the 2011 Index was so encouraging that we decided to continue to dedicate staff time to the Index–and each year it’s released, we’re completely satisfied with the hard work we put into it. It’s worth every minute.

The bicycle makes sense in cities. Investment in bicycle infrastructure is a modern and intelligent move for a city to make. Plenty of research shows the social, economic, environmental, and health benefits from urban cycling. Studies from Denmark tell us that for every kilometre cycled, society enjoys a net profit of 23 cents, whereas for every kilometre driven by car we suffer a net loss of -16 cents. With rising urbanisation, our cities need modern mobility solutions and the bicycle proves time and again that it can offer results.

As with the two previous Indexes, this year offers up more surprises. We always think we have a pretty good idea of what the results will be, but cities continue to shine brighter. Copenhagen overtook Amsterdam for first place, but it’s still those two cities that dominate. The rest of the list, however, was totally shaken up. New cities took the Top 20 by storm, and at the expense of others. Buenos Aires stomps the competition (bonus points!) and nails the South American continent, at the expense of Rio de Janeiro, who seem to have lost interest and subsequently dropped out of the Top 20. Europe continues to have a strong presence, though Germany is slacking — Berlin falls, Munich slips off the list entirely and Hamburg is hanging on by a thread. Asia is also relaxing a bit with Tokyo and Nagoya exiting the list. Montréal clings desperately to 20th and now have North American competition in the form of Minneapolis who debut on the Copenhagenize Index – although we can see other American cities wangling their way up the list in the wings.

The most exciting aspect of the Index is seeing the newcomers to the list. The Emerging Bicycle Cities and the Bubblers are not just transforming their own urban landscape, they are inspiring cities around the world in showing what is possible in a short amount of time. These are the visionaries.

MORE ABOUT THE COPENHAGENIZE INDEX

The Copenhagenize Index gives cities marks for their efforts towards reestablishing the bicycle as a feasible, accepted and practical form of transport. The interest in taking the bicycle seriously as transport once again continues unabated around the world. Every city used to be bicycle friendly before planners and engineers started to change the paradigm and plan for cars and relegate bicycle users, pedestrians and public transport users to third class citizens. Now those cities around the world who are taking up the challenge and modernising themselves by implementing bicycle infrastructure, policy, bike share systems, etc. – as well as restricting car use – are the cities we all look to for New Century inspiration.

The ranking system was developed in 2011 together with James Schwartz from The Urban Country. Inspiration was gleaned from rankings like Monocle’s Liveable Cities Index and rankings produced by The Economist.

In short, cities are given between 0 and 4 points in 13 different categories. In addition, there is a potential for a maximum of 12 bonus points awarded for particularly impressive efforts or results. In the case of a tie, the city with the highest baseline score is ranked higher.

The 13 parameters are effective at determing the bicycle friendlieness of any given city, showing what’s in place at the time of ranking. The bonus points allow us highlight extra efforts that are difficult to see in the parameters. For example, a city may score down the middle on politics because the mayor and other politicians are promising infrastructure. Bonus points can assist in determining the level of the political will and the scope of the proposed work. Once the infrastructure starts being built, the city will score higher in Infrastructure next time around.

Advocacy:
How is the city’s (or region/country) advocacy NGO(s) regarded and what level of influence does it have?
Rated from no organised advocacy to strong advocacy with political influence.

Bicycle Culture:
Has the bicycle reestablished itself as transport among regular citizens or only sub-cultures?
Rated from no bicycles on the urban landscape/only sporty cyclists to mainstream acceptance of the bicycle.

Bicycle Facilities:
Are there readily accessible bike racks, ramps on stairs, space allocated on trains and buses and well-designed wayfinding, etc?
Rated from no bicycle facilities available to widespread and innovative facilities.

Bicycle Infrastructure:
How does the city’s bicycle infrastructure rate?
Rated from no infrastructure/cyclists relegated to using car lanes to high level of safe, separated cycle tracks.

Bike Share Program:
Does the city have a comprehensive and well-used bike-sharing programme?
Rated from no bike share programme to comprehensive, high-usage programme.

Gender Split
What percentage of the city’s cyclists are male and female?
Rated from overwhelming male to an even gender split or more women than men cycling.

Modal Share For Bicycles:
What percentage of modal share is made up by cyclists?
Rated from under 1% to over 25%.

Modal Share Increase Since 2006:
What has the increase in modal share been since 2006 – the year that urban cycling started to kick off?
Rated from under 1% to 5%+.

Perception of Safety:
Is the perception of safety of the cyclists in the city, reflected in helmet-wearing rates, positive or are cyclists riding scared due to helmet promotion and scare campaigns?
Rated from mandatory helmet laws with constant promotion of helmets to low helmet-usage rate.

Politics:
What is the political climate regarding urban cycling?
Rated from the bicycle being non-existent on a political level to active and passionate political involvement.

Urban Planning:
How much emphasis do the city’s planners place on bicycle infrastructure – and are they well-informed about international best practice?
Rated from car-centric urban planners to planners who think bicycle – and pedestrian – first.

Traffic Calming:
What efforts have been made to lower speed limits – for example 30 km/h zones – and generally calm traffic in order to provide greater safety to pedestrians and cyclists?