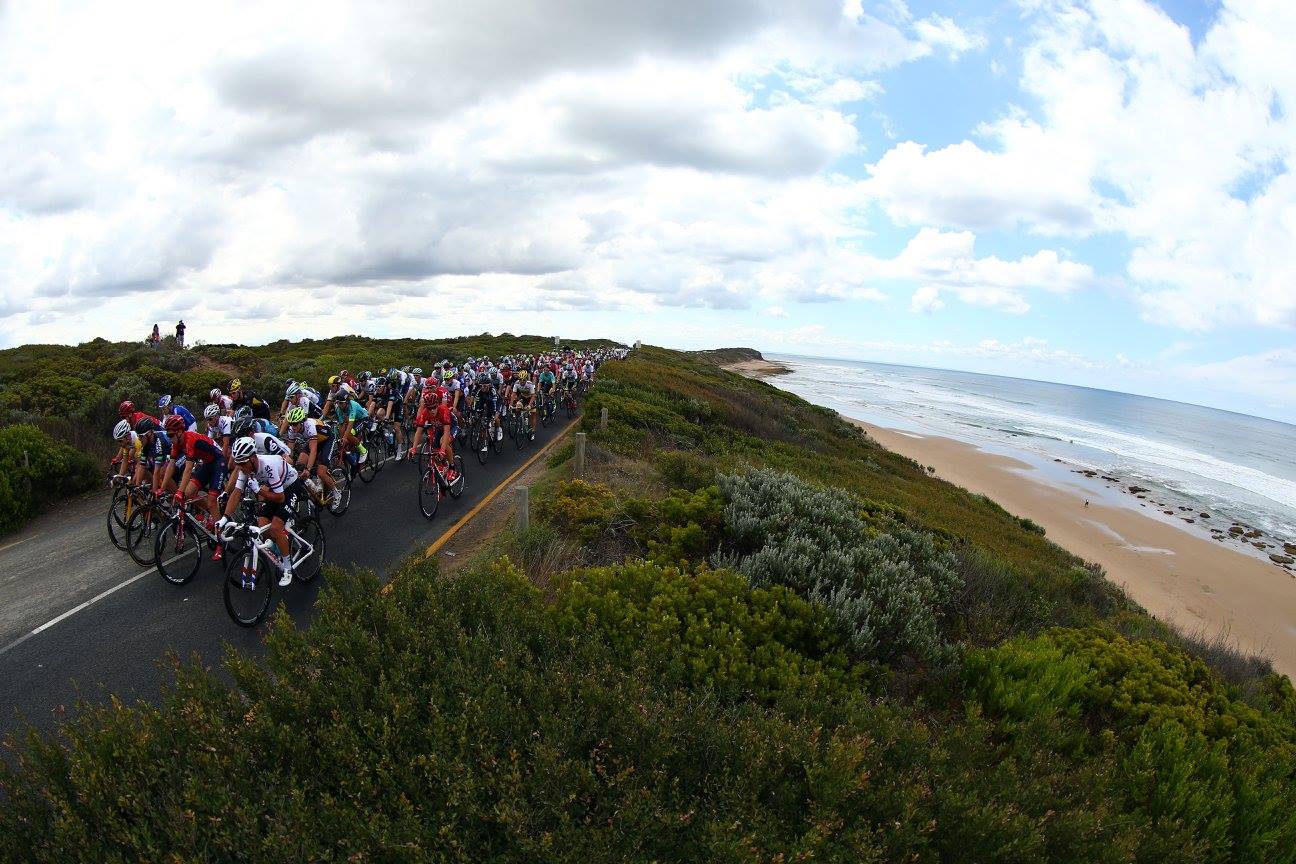 As Kennaugh raised his arms in triumph, the relief and elation on the British National Champions face was clear for everyone to see, crossing the line before IAM Cycling’s Leigh Howard and Niccolo Bonifazio of Trek-Segafredo on Geelong’s waterfront.

“The whole race I was saying ‘stay calm, stay calm’ and I went up the road with a lap to go with a couple of other riders, then just hit it like Richie Porte did on Willunga Hill at the Tour Down Under.

“People go on about power all the time these days, I’m not one that likes numbers, but to be honest I’ve been doing a lot of work on that kind of stuff and I just tried to pace myself all the way to the finish and I had the legs. I felt terrible for the first half of the race, but then my legs came around.” Kennaugh said.

Coming to the finish, Ben Swift was providing Kennaugh with information from the chase, spurring his teammate on.

“I didn’t want to look back once, I’m quite an emotional rider, and the littlest thing like seeing them closing, that’s all it would have taken for me to crack, so I just thought ‘head down, don’t look back until the finish’ and that’s what I did” concluded Kennaugh.

The race got off to a cracking start, with speeds in excess of 60km/h as the peloton left Geelong and made their way to 13th Beach. The frenetic pace made it tough for attacks to stick, but the peloton was finally happy with the composition of the break when Patrick Lane (Avanti Isowhey Sports), Josh Berry (St George Merida Cycling Team), Adrian Hegyvary (Unitedhealthcare Professional Cycling Team) and Alessandro de Marchi (BMC Racing Team) snuck off the front ahead of the first sprint point.

It was the Victorian, Patrick Lane, who took out the first and second intermediate sprints as well as the first King of the Mountain points in his quest to win both jerseys.

The leading quartet were joined by Kristian House (ONE Pro Cycling) and Morgan Smith (Kenyan Riders Downunder), and held a lead that hovered around six minutes before ORICA-GreenEDGE and Trek-Segafredo racing committed to the chase.

With 100km to go there was a crash at the back of the peloton that brought down one of the pre-race favourites, Caleb Ewan (ORICA-GreenEDGE). He was able to continue, but the exertion meant he missed the first split of the peloton.

As the race entered the final 70 kilometers and the roads headed north the attacks started in earnest, quickly causing more splits in the peloton that left a select group of approximately 35 riders to take up the chase on the first of three loops through Geelong.

Patrick Lane took maximum points on the lap one climb, to seal the King of the Mountain jersey.

With 40km to go, Lane and BMC Racing’s de Marchi were the only riders left from the breakaway, and they held a two minute advantage over the chase group of 11 riders that included ORICA-GreenEDGE’s Simon Gerrans as the second lap of the Geelong circuit began.

On the second time up the Geelong climb, de Marchi put in a herculean effort to drop Patrick Lane and drag his own teammate Danilo Wyss up the climb in a BMC Racing Team 1-2 punch that again caused huge splits in the chasing group with 30km left to race.

The move sparked a flurry of attacks and counter attacks over the next ten kilometers, and with one lap to go it was Cameron Meyer (Team Dimension Data), Raphael Valls Ferri (Lotto Soudal) and Salvatore Puccio (Team Sky) with a narrow 20 second gap on the chasing peloton.

The challenging course again produced an unpredictable race with some of the heavyweights of world cycling, Team Katusha, BMC Racing, IAM Cycling, ORICA-GreenEDGE and Trek-Segafredo all still in contention until the last 15 kilometers when Kennaugh broke away.

At the start of the final climb, it was Raphael Valls Ferri who attacked first, but it was Team Sky’s Peter Kennaugh who chased him down and summited the climb first before going on to build a lead of 20 seconds as the race approached the final ten kilometres.

In front of tens of thousands of spectators Kennaugh held a 14 second lead with one kilometer to go and a desperate peloton breathing down his neck. It was a brave ride from the Brit who blew kisses to the crowd as he crossed the line victorious.