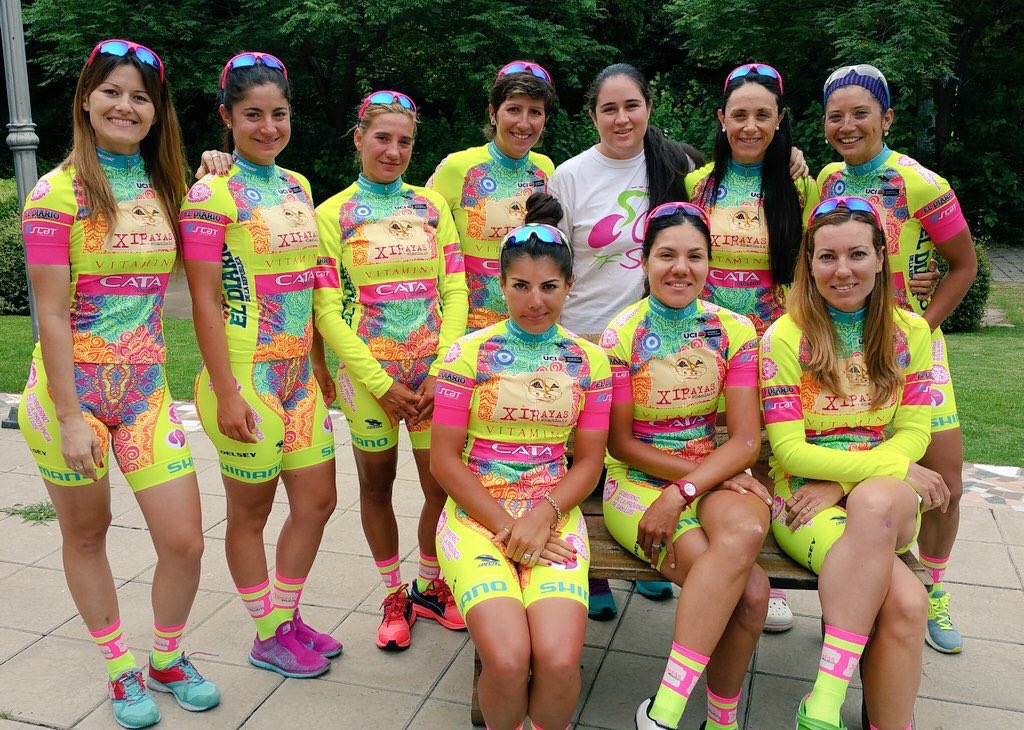 15 Feb 2016
By Campionissimo - In LATEST ARTICLES, THE BROOM WAGON

Gloria Steinem and the rest of the feminists are wasting their time accusing men as being the sole progenitors of sexism, as women cycling teams seem to be doing just fine on their own.

Back in 2014, the Colombian women’s cycling team, IRD-Bogota Humana-San Mateo-Solar, found itself in the center of controversy, after they debuted their new kit, which came across to the cycling masses as nothing less than full-frontal nudity.

In fact, it even caught the ire of UCI president, Brian Cookson, who was quoted as saying, the kit was “unacceptable by any standard of decency.”

Now comes the Xirayas de San Luis women’s cycling team donning a kit that looks like Timothy Leary, along with a first-year anatomy student designed it.

Are those ovaries we see?