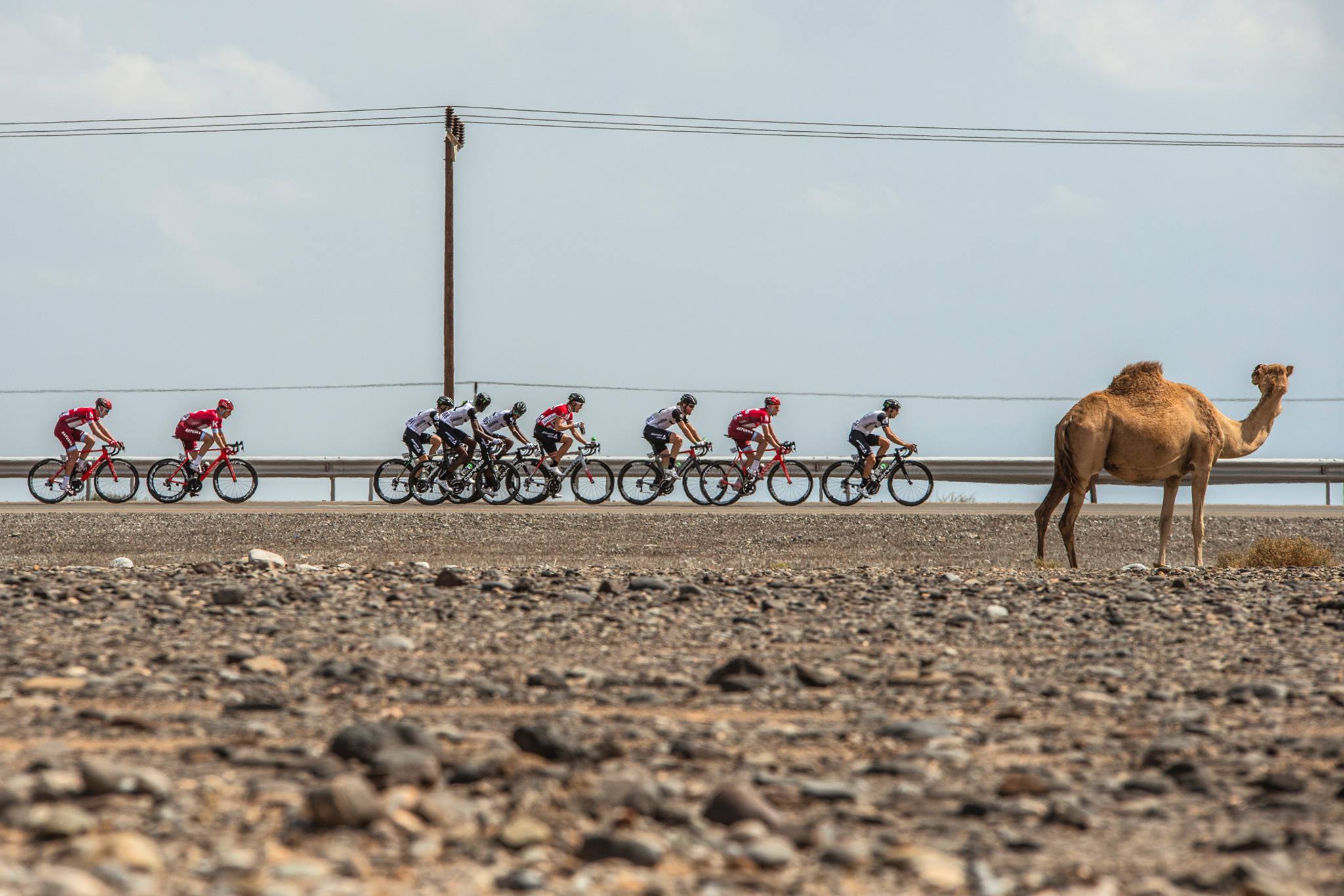 Vincenzo Nibali (Astana) won stage 4 of the Tour of Oman today, after crossing the finish atop the brutal climb of Green Mountain in solo fashion, following a battle for victory with Romain Bardet (Ag2r).

Nibali and Bardet succeeded in riding clear of a reduced peloton during the final kilometer of today’s climb, with Nibali demonstrating his climbing prowess during the waning moments of the race, as he dispatched his French rival to take a solo victory and to claim the Red leader’s jersey.

Meanwhile, previous race leader, Edvald Boasson Hagen (Dimension Data), got dropped during the final climb, relegating the Norwegian rider as back as 6th place in the overall classification.

Today’s Queen stage, featured a 180 kilometer route from the Knowledge Oasis Muscat to the summit of Green Mountain.

Kenny de Haes, along with one of his Wanty-Groupe Gobert teammates, were the first riders to go on the attack today, only to be quickly reeled back in by the peloton.

However, with less than 8 kilometers remaining, the breakaway group was eventually caught at the foot of Green Mountain.

As the gradient continued to rise during the final climb, the peloton shatter under pressure, with Sepulveda giving it one last try to ride clear.

However, the Argentinian rider was quickly reclaimed by the chase, with an attack then coming from Bardet during the final 3 kilometers.

Nibali was quick to respond to Bardet’s attack, easily tracking down the French rider, and subsequently executing an attack of his own during the final kilometer that would deliver him to a solo victory.

Nibali now leads the general classification by six seconds ahead of Bardet with two stages left.