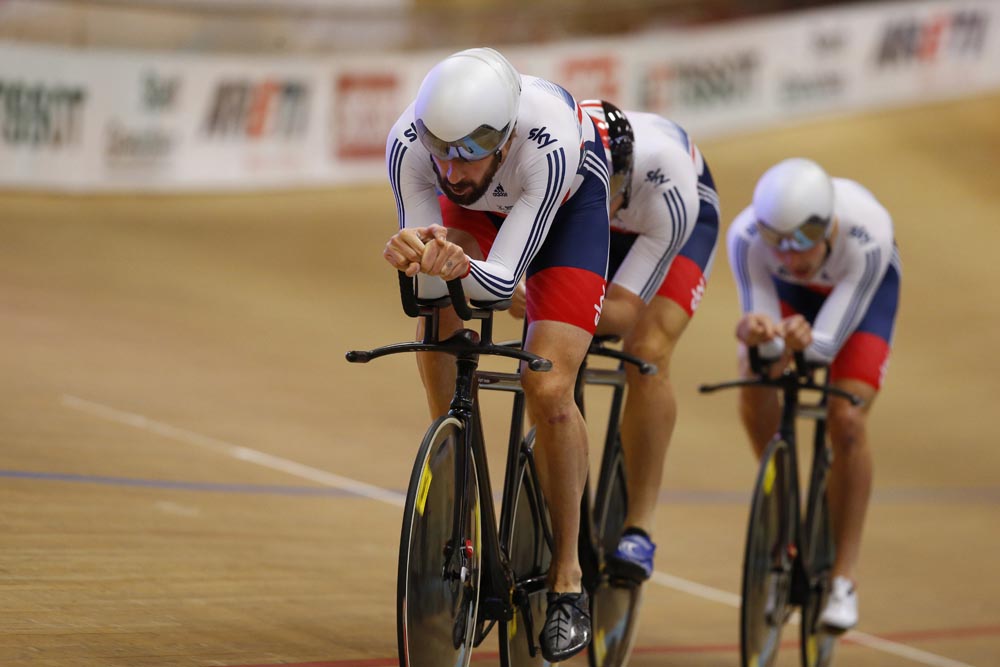 According to British Cycling technical director, Shane Sutton, Bradley Wiggins “must produce” during next months World Track Championships in London, if he is to be selected for the 2016 track team for the Olympic Games in Rio.

The four-time Olympic champion returned to the velodrome last year in a bid to qualify for his fifth Olympics.

“Brad has to go out and produce in London which will determine whether he makes the road to Rio or not.”

Wiggins, 35, is set to team up with Mark Cavendish in the madison race at the Worlds, which run from 2-6 March.

Wiggins, who has won seven Olympic medals on the track and road, will also race in the four-man team pursuit, which is his target for Rio.

As for Cavendish, who partnered Wiggins to win the madison at the 2008 World Championships, the 30-year-old aims to represent Britain in the six-event omnium at this summer’s Olympics.

“As things stand right now, he’ll be on the start line in London,” Sutton said of Wiggins.

“There are six guys in the mix at this moment in time. Brad’s one of the strong guys in that group.”

Sutton believes that the 2012 Tour de France winner can rise to the occasion in front of a home crowd.

“Like everybody else, Brad is definitely under pressure, but Brad’s the ultimate professional,” he said.

“Brad would de-select himself if he didn’t think he could do the job, but I’m quite sure he can.”

Sutton added that selection for the Rio Games was far from settled.

“There’s a foot in the door for anybody who goes to London,” he said.

“This is predominantly our Olympic squad, but that’s not to say that people can’t come from left field.”