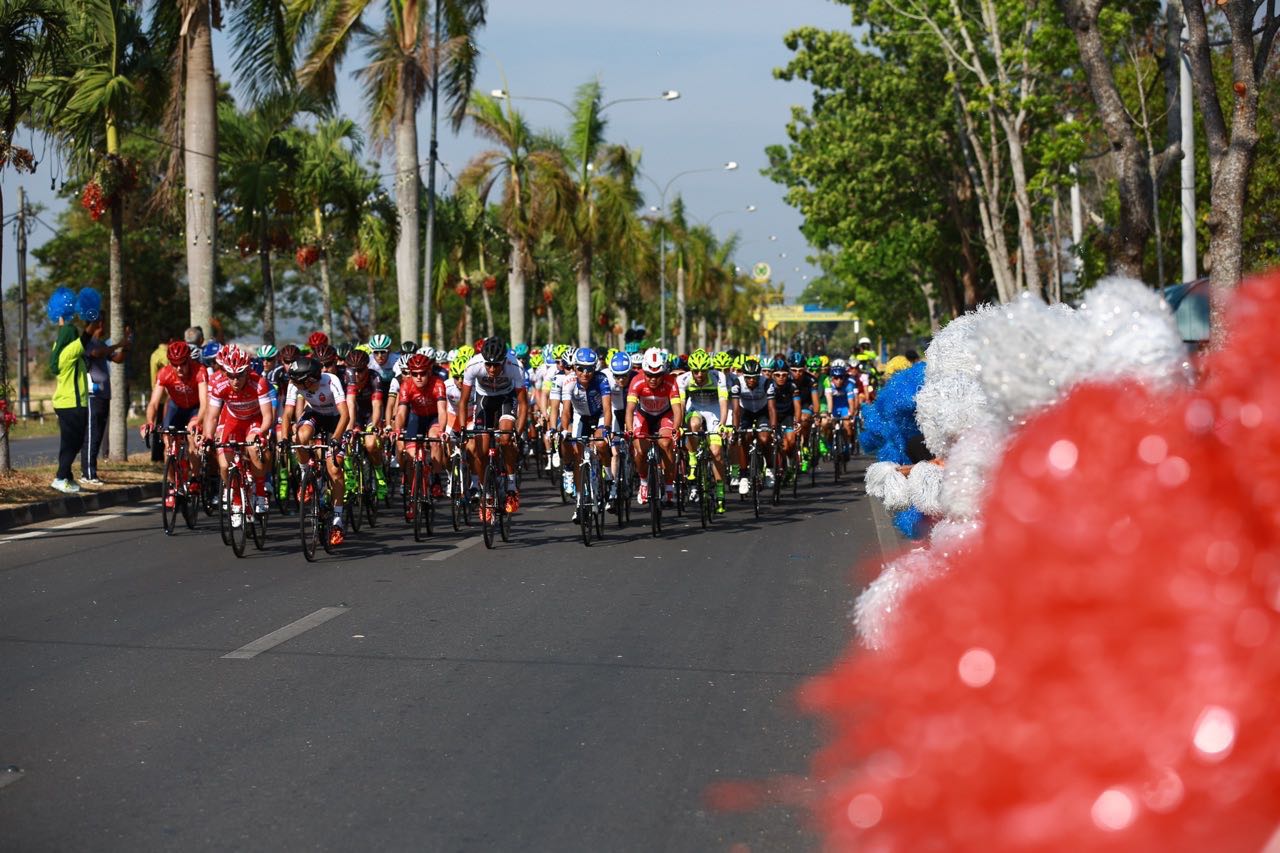 Andrea Guardini (Astana) succeeded in fending off any challenges to claim the opening stage of the Tour de Langkawi in a sprint finish today, marking the Italian rider’s nineteenth stage victory in six consecutive participations in the Malaysian race.

“It’s always hard to win, especially when being the hot favourite,” Guardini said. “In stage 1, it’s also difficult to take control of the events. Everyone was waiting for my team to do it. Fortunately, Southeast collaborated with us to catch the breakaway. There were good riders at the front but a lot of head wind at the end.”

“With five or six kilometers to go, I was on the wheel of Jakub Mareczko of Southeast team with my guys. But I realized we were in the wrong place because we were on their left and the last curve was to the left hand side. I opted for the right side without choosing any particular train to move up. It was a good choice. It enabled me to get out of the wheels of the Drapac riders. I took the curve in third position. I knew it would be narrow but I paid attention to not fall off. The head wind also helped me as I launched my sprint from the third position with 300 meters to go.”

Like in 2011 and 20115, Guardini will start stage 2 in the yellow jersey but with an advantage of only two seconds over China’s Wang Meiyin who was the other top contender of the day. The versatile rider from Hengxiang who is well known in Malaysia after he finished fifth overall in 2013, having won the Cameron Highlands stage and the King of the Mountains that year.

From there, Meiyin won the first two intermediate sprints at the 22 and 56 kilometer marks, ahead of Othman who managed to claim the third sprint to secure third place in the overall classification through time bonuses earned. Meiyin also outsprinted his three breakaway companions to claim the mountains points as well.

With 50 kilometers remaining, the escapees were holding onto a substantial lead of 6:50 over the peloton.

However, at one point, Keong was forced to go it alone in a solo effort, after his breakaway companions were reeled in one-by-one by the peloton.

The Malaysian rider would remain out front until the final 10 kilometers, where he was eventually caught by the peloton.

From there, the race began sizing up for a sprint finale, with Astana, Drapac Racing, Skydive Dubai, United HealthCare and Tinkoff-Saxo, all vying for position.

However, it was Guardiani who emerged victorious, after breezing across the finish ahead of Brenton Jones (Drapac) and Andrea Palini (Skydive Dubai).