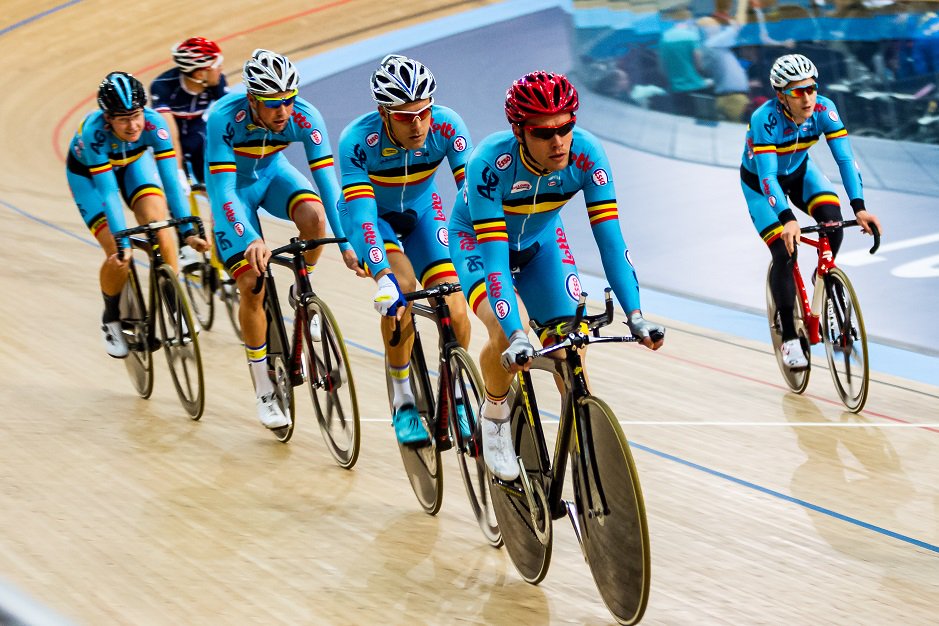 Australia took the first world title of these championships, with defending women’s Individual Pursuit champion Rebecca Wiasak successfully holding on to her rainbow jersey, ahead of Malgorzata Wojtyra of Poland. Canada’s Annie Foreman-Mackey took the bronze medal over Ruth Winder of the United States.

In the only mass start event of the night, Spain’s Sebastian Mora Vedri made a bold attack in the closing laps to solo in for victory. Mora Vedri was one of six riders to take a lap on the field, and then attacked again for the win. Mexico’s Ignacio Prado won the field sprint for the silver medal, while Claudio Imhof of Switzerland took bronze.

The women’s and men’s crowd-favorite Team Sprint finals finished off the evening. The Russian duo of Daria Shmeleva and Anastasiia Voinova won the women’s title after the defending champion squad from China was relegated for an improper change in the final. Germany took the bronze medal over Australia.

In the men’s Team Sprint, the New Zealand squad of Ethan Mitchell, Sam Webster and Edward Dawkins retained their title by a bare two-tenths of a second over the Netherlands. Germany won the bronze medal ahead of France by an infinitesimal 41-thousandths of a second.