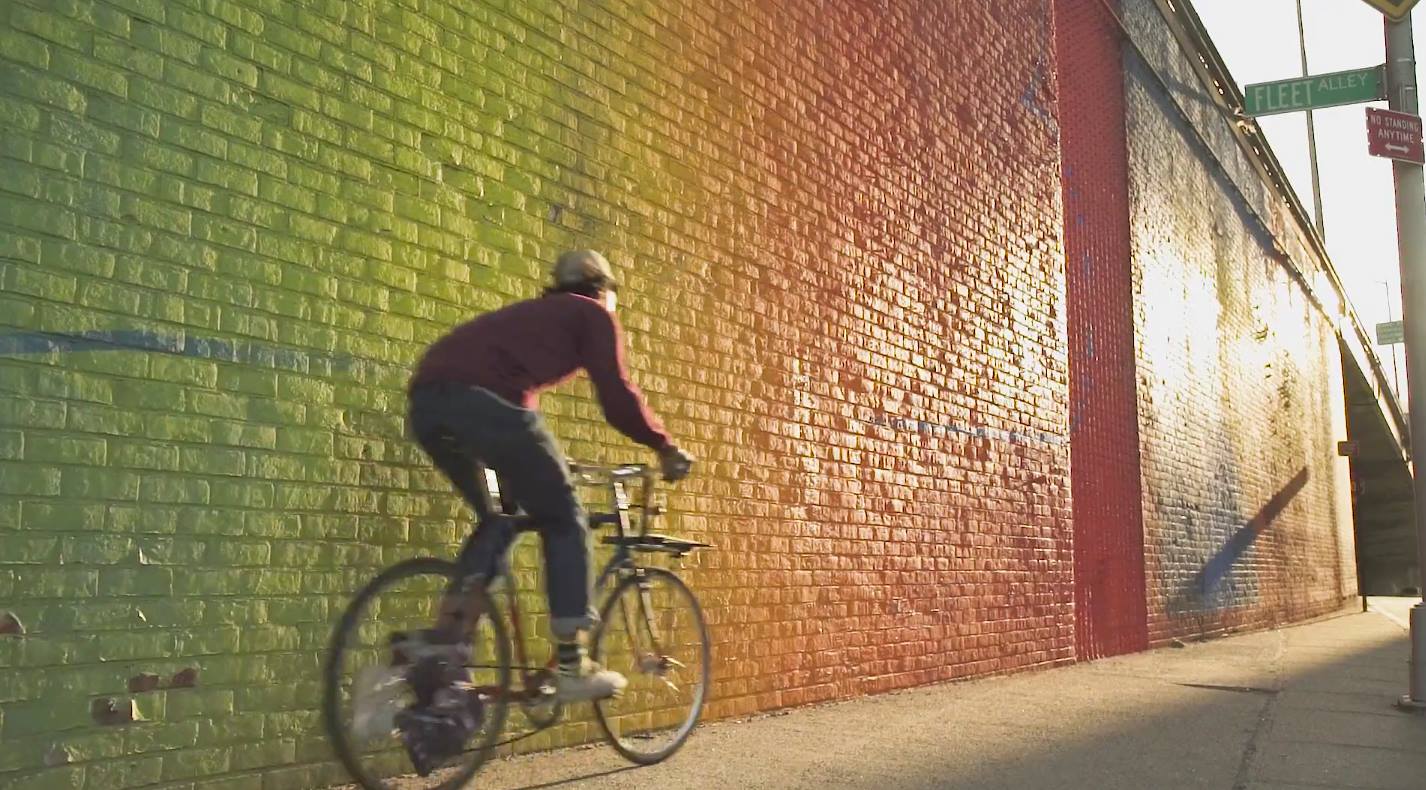 Every May Filmed by Bike hosts a huge film festival in its hometown of Portland, Oregon at the historic Hollywood Theatre, where they award the best films for their inspiring tales and contribution to the bike culture.

Hundreds of international entries are submitted every year, and approximately 40 of the very best are featured at the Filmed by Bike event, where a panel of  jurors makes the tough decision who the winners are. In fact, according to Filmed by Bike, many of the filmmakers create their pieces specifically for the annual event.

In addition, Filmed by Bike also hosts an exciting Street Party, filmmaker Q+A sessions, dance parties, Brewery Tour Bike Rides, along with workshops and a final awards ceremony New to the festival this year is a VIP Program presented by Portland Design Works. The $55 VIP pass gets you unlimited access to all the shows as well as a Filmmaker Brewery Tour, an exclusive screening, special Q & A sessions with visiting filmmakers, swag and more.

This year’s event takes place this weekend, with the first of the film series being shown on the evening of May 6.