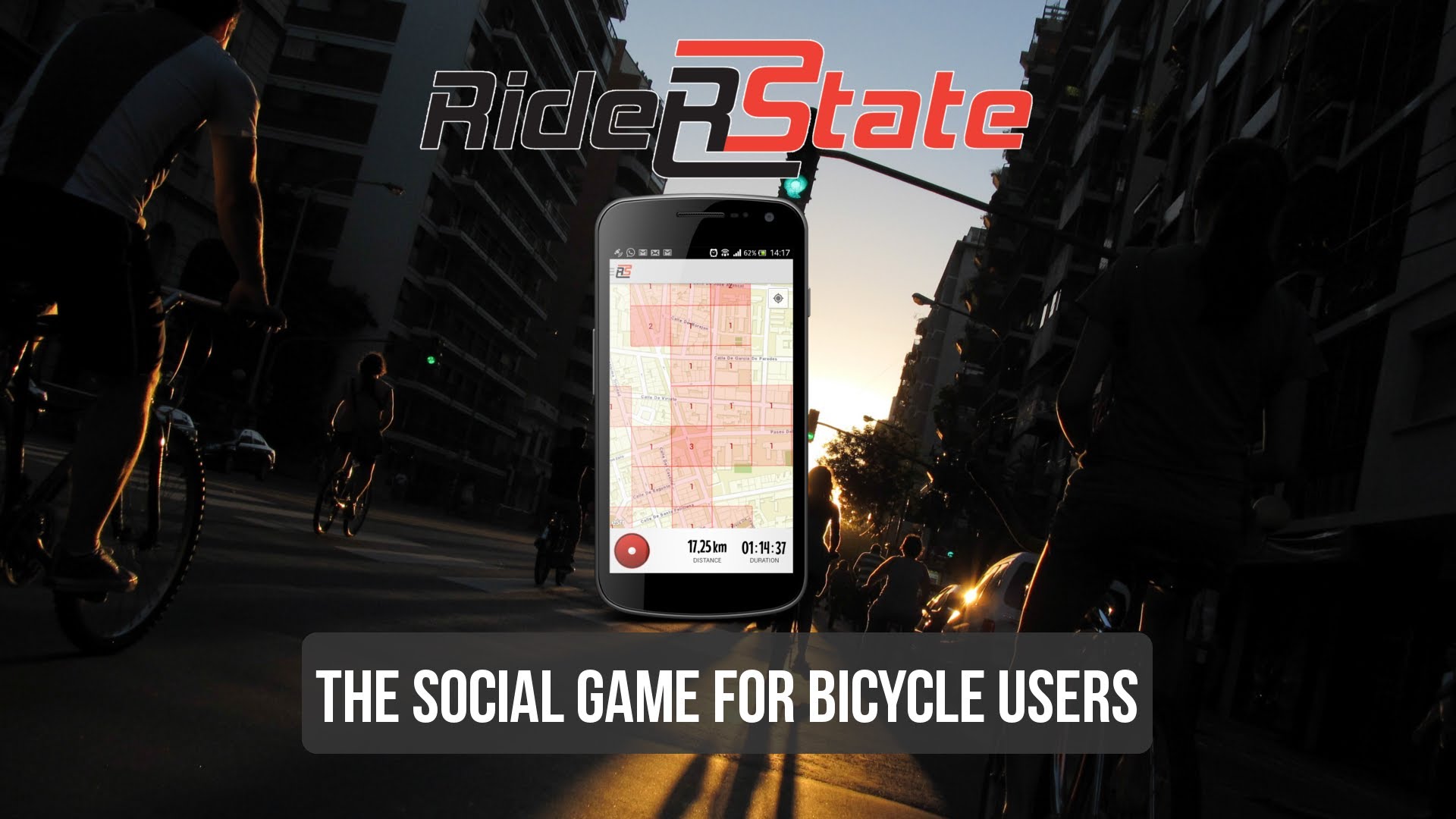 RiderState is a smartphone app for cyclists, that creates a geolocation social game that encourages riders to "conquer"  as many streets and roads as possible – in their local area.

The app shows the world is divided up into "tiles", so the goal is for cyclists to dominate as much of the map as possible.

However, more that just a game, the motivation behind RiderState’a new app, is to promote cycling as an alternative form of transport.

“Mobility and pollution are a serious issue in many cities around the world. The Riderstate app is an initiative that aims to help solve or mitigate these problems by using gamification techniques as a way to promote the use of bikes in our society.”

The app keeps track of users’ progress via "global leader boards", and awards badges for their accomplishments. As a result, cyclists can compete individually, or form allegiances with other groups of cyclists in their area.

RiderState divides the world into 10,000m2 zones, each representing a territory waiting to be conquered.

The app also provides cyclists with their real-time location, when their riding.

RiderState is the social game for bike users. Download the app on Google Play (bit.ly/Q6Dghf) and App Store (bit.ly/1gwebTa) and conquer the World with your bicycle: riderstate.com

April 2014. Everything seems normal. However, the World is changing. In some places around the world, a movement reborns strongly. A vision that will end with a desert place full of bicycles. Begins a new era.

RiderState is born. A real social entertainment. A social game for smartphones (Android and iOS) which attracts people thirsty for fun and for what they love: riding their bicycle. As a result, the World will count with an additional sort of transport more fun, cheaper and with a friendly environment.

The Riders, their citizens, are ready to get out of their anonymity and fight for their common goal: conquer the World with their bikes and face up to the car. Cycling against ‘The Corporation’.

For all these reasons, the bicycle needs your support. Download the app (Android and iOS) and start the conquest of the World with your bike today.

In 2014 the bicycle will conquer the World. Are you ready?