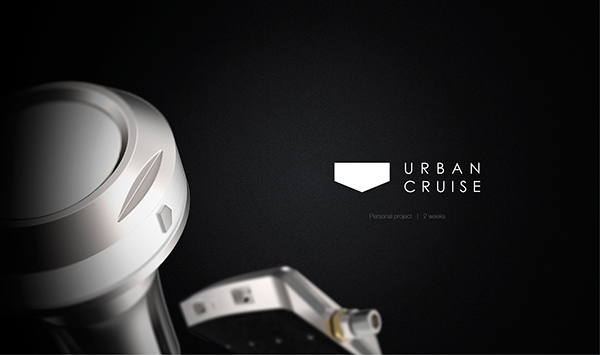 The system is composed of three components which are designed to interact with each other;  namely, pedals and bar ends that feature special light indicators, which in turn are controlled via a wireless control module.

The indicator lights can be activated by a simple gesture, which allow cyclists to keep their hands on the handlebar at all times.

Overview
Urban Cruise is dedicated to people that commute by bicycle.

A lot of accident occurs at intersections and are caused by misunderstanding between drivers and cyclists, and lack of visibility.

Urban Cruise is a whole turning light kit for bicycle, it adapts on all kind of bicycle, and is takes part in principal components of the bike, by this way you cannot forget it and it can’t be stolen from your bike.

The concept was created to give cyclists most manageability of their bike when they turns, so it is important that they can keep their hands on the bike while they indicate the direction they take.