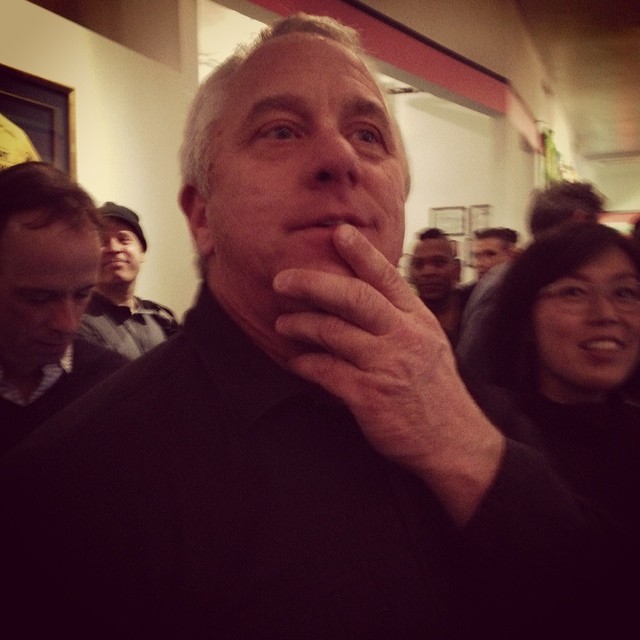 As the Rapha Cycle Club New York City opens its exhibition of selected memorabilia of three-time Tour de France winner, Greg LeMond, we feature an exclusive interview with one of the sport’s most pioneering characters. Here Greg talks about bike design, training, racing the cobbled Classics, innovation and survival.

We are finally moving from the depths of winter toward the spring. During your racing career, what did these months mean to you in terms of training?

I always believed in training year-round, despite having a reputation as a rider that did not train. I always laugh when I hear those stories, repeated over and over. If that were the case, imagine what I could have done with some training? Living in California made it easy to do a great program, since there no obstacles that were weather-related. I would typically structure my off-season so that I would take week-long breaks, followed by three weeks of riding, never allowing myself to lose all the conditioning I gained during that season. A typical week included two days of cyclocross training; on those days I’d do two hours of did not believe in the LSD (Long Slow Distance) training if you had good condition.

Until the early part of this century, the professional racing season started at the beginning of February. On average, I’d do between 10 to 15 days of racing during February. There is nothing better for training than racing. Everything you do in training is to duplicate a race. In order to be ready for the racing season, my typical program would start around six weeks before my first race in February. I would build up, from 12 hours a week to 30 hours a week on the bike, taking a week of recovery just before my first race. For me, racing through February and March was all about preparation for the Classics. My first four years were focused on the Classics but even when I started racing in the Tour, my early-season goals never changed.

Were there particular spring races you looked forward to?

I loved the Classics. Every one of them. I didn’t always have good experiences but I always tried to be competitive in the two Classics I loved the most, Roubaix and Flanders. Those were probably my favorites in the spring. On the French pro teams, we had huge anticipation for Roubaix. Our energy would grow as that race approached. I think my body type, my position on the bike, and the type of strength I had all worked for me on the cobbles. Those things kind of helped me ‘smooth out’ the rough sections.

What did Paris-Nice in particular mean in terms of your season’s planning?

Paris-Nice was a great race but personally I preferred to race Tirreno-Adriatico, held at the same time. I always had the goal to win a Classic and the first one of the year was Milano San Remo. Paris-Nice was a great race but it finished a week before Milano San Remo, which left a big gap between races. Paris-Nice and Tirreno-Adriatico were races that I used to gauge where I was physically before the Classics. Another reason I preferred Tirreno was the weather. Paris-Nice has the nickname ‘Race to the Sun’ but I rarely saw it. Snow, yes, but the sun was a rare thing.

We know that you’re still a huge fan of the sport. Who’s your pick for some of this year’s early-season races?

I would have to pick the ghost of Johan Museeuw for the cobbled races. Joking aside, it’s easy to pick Peter Sagan just about every time, isn’t it? When a rider shows such talent at a really young age, there’s a good chance you’re looking at the rider of their generation. I enjoy watching races at the most critical moments. I don’t root for any specific riders. These days, I really like knowing there are events that allow thousands of riders to experience what I got to experience as a professional racer. The Grand Fondos around the Classics are huge. I heard there are nearly 40,000 riders at the Grand Fondo of the Tour of Flanders, riding the same course as the pros. This is the future of the sport and I love that cycling is thriving in Europe.

You have gone through some publicly dark times throughout your career and remained upbeat and funny throughout. What did you do to motivate yourself?

I don’t know if I was upbeat through it all but at least you thought I was funny. Actually, I’m a very optimistic person and always believed that things will work out if you stay true to yourself. Looking back, one of the qualities I am most proud of is my ability to persevere through difficult times. Saying that, I have to admit that there were times where I did not know if I would ever return to professional cycling, or even consider getting back into the bicycle business. I stood my ground for what I knew was right. When your position comes from such a grounded, strong place, there’s no option but to ride it out. I’m not invincible. I’m vulnerable and I don’t like uncomfortable places but I’ve also learned I can’t support that which is clearly wrong. I believe I am a survivor.

You were the first rider to compete on a carbon bike at the Tour de France and now you’re launching your own line of carbon bikes. That must be exciting.

Having my brand in the sport of cycling means a lot to me. It’s my life’s work and a great love of my life. I hold the bicycle in the highest regard of any machine ever invented. I have used the bicycle as a way to express myself throughout my life. It’s so natural for me to work with these machines, and when I see others enjoying them it’s an endless thrill. My bikes may have been removed from the market for a time, but the heart of the LeMond brand kept beating. These limited edition bikes were created in collaboration with TIME Sport of France. They truly bridge the gap, from each carbon bike I won the Tour with, to the modern day.

They were engineered by the same person that created all my Tour-winning carbon bikes. It’s a special story for cycling and the LeMond brand, and this was my way of showcasing that. I appointed these bikes and taped them for painting myself. They are spectacular on the road, meant to be ridden, and I hope they’ll provide as much joy for others to own as they did for me to create. There will only be 100 numbered models of each version, and many have already been sold and shipped.

You’ve been at the forefront of almost every technological advance in the sport, including the first full-zip jersey and the first Oakleys. What are you going to do first next?

I have no shortage of ideas. It’s not that I start with the intention of doing anything first, but I am driven by positive change and progress. There are a lot of things I would like to do that I would love to be ‘firsts’, and with the right team that can be achieved. My goal and passion would be to bring to every rider what the best pros have access to. Bringing all of those things to market takes a lot of focus and doing it with any degree of scale takes a team. You’ll need to keep watching to see what I do first next, and the best way to do that is via my website, greglemond.com.