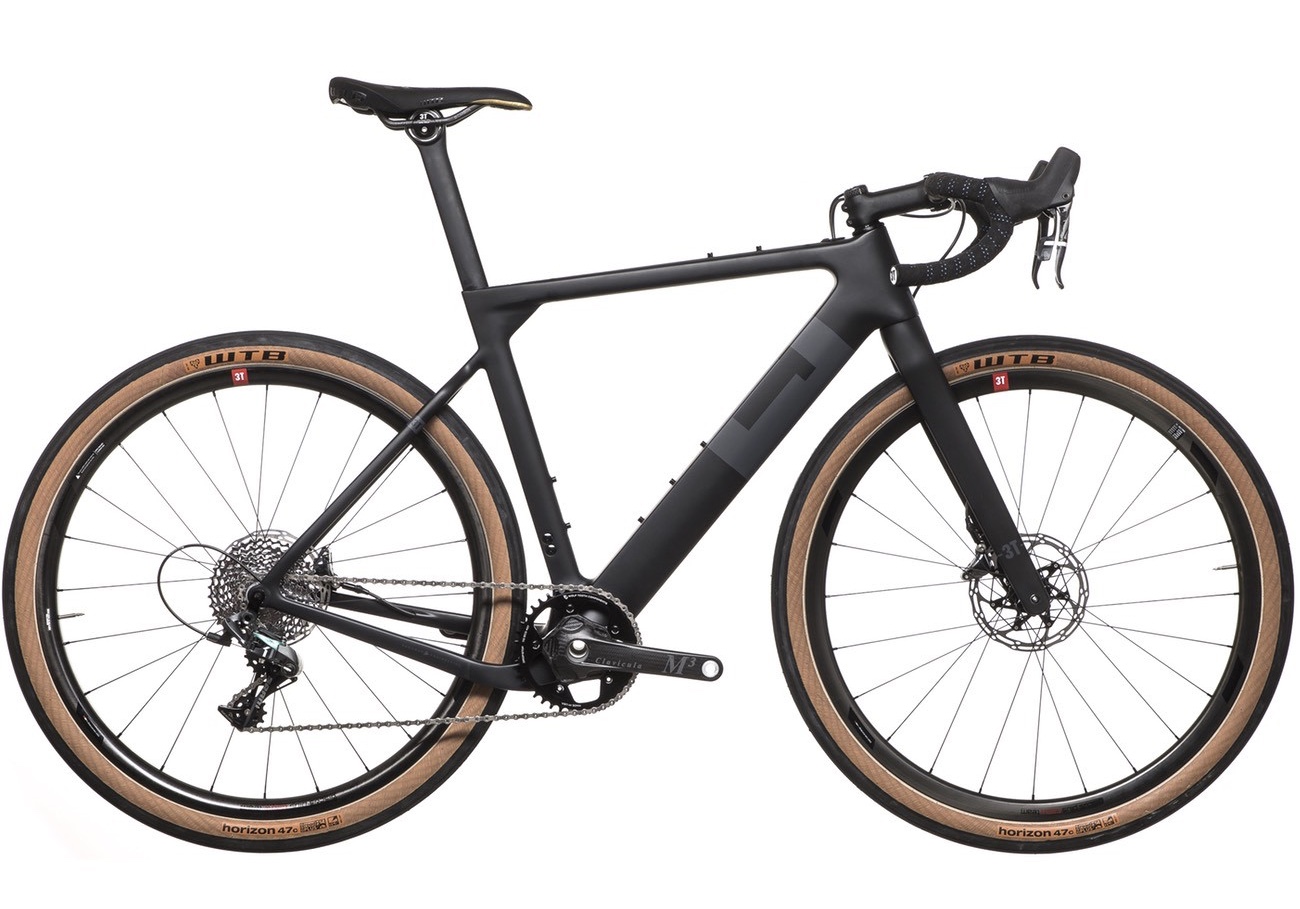 3T has announced, that its popular Exploro “go anywhere” bike gets a new aero fork and flat-mount disc brakes for 2018.

Widely considered one of the protagonists of the original gravel bike/road plus movement, the Exploro scraps its ost mount brake set-up in favor of Shimano’s pervasive flat mount technology.

According to 3T, the painted version of the disc brake equipped Exploro weighs in at 1,090g (in a size medium), while the matte finish LTD brings the weight down slightly to 990g.

For those who wish to stay with traditional caliper brakes, the original post mount Exploro will still be available.

Pricing has yet to be announced.

Hey, we’d be skeptical too. Yet a year after the introduction of the original Exploro, customers and press agree that it really is three full-blown bikes in one.

With road wheels and tires, the Exploro is a very fast aero road bike, and comfortable as it fits any size tire. Switch to monster 2.1” (54mm) tires and it soaks up anything that gravel, dirt or singletrack can throw at you. Stay with a mid-size tire to mix on- and off-road segments on every ride.

We didn’t want the Exploro to be fast in theory, but in the real world. So we tested at a realistic 20mph (32kmh) instead of the standard 30mph (48kmh) and optimized the frame for water bottles (tough to do long, epic rides without). We even designed the Sqaero shape to work well when covered in mud! The result? A muddy Exploro with 40mm knobby gravel tires and 2 water bottles (red line in the graph) is faster than the equivalent clean round tube bike is with 28mm slick road tires and without bottles (grey line).

The key to the Exploro’s speed is the aero downtube that is wide enough to catch the airflow coming off the big front tire (a skinny downtube wouldn’t even touch the airflow). But at 50mm wide, a full airfoil with a normal ratio would have to be 150-200mm deep, causing too much surface drag. So we square off the tail, keeping most of the aero performance with a 50x75mm cross section that is also close to perfect for strength and stiffness; our Sqaero shape. The wide downtube also effectively shields the water bottles.

We also use Sqaero on the headtube, seattube, seatstays and seatpost.