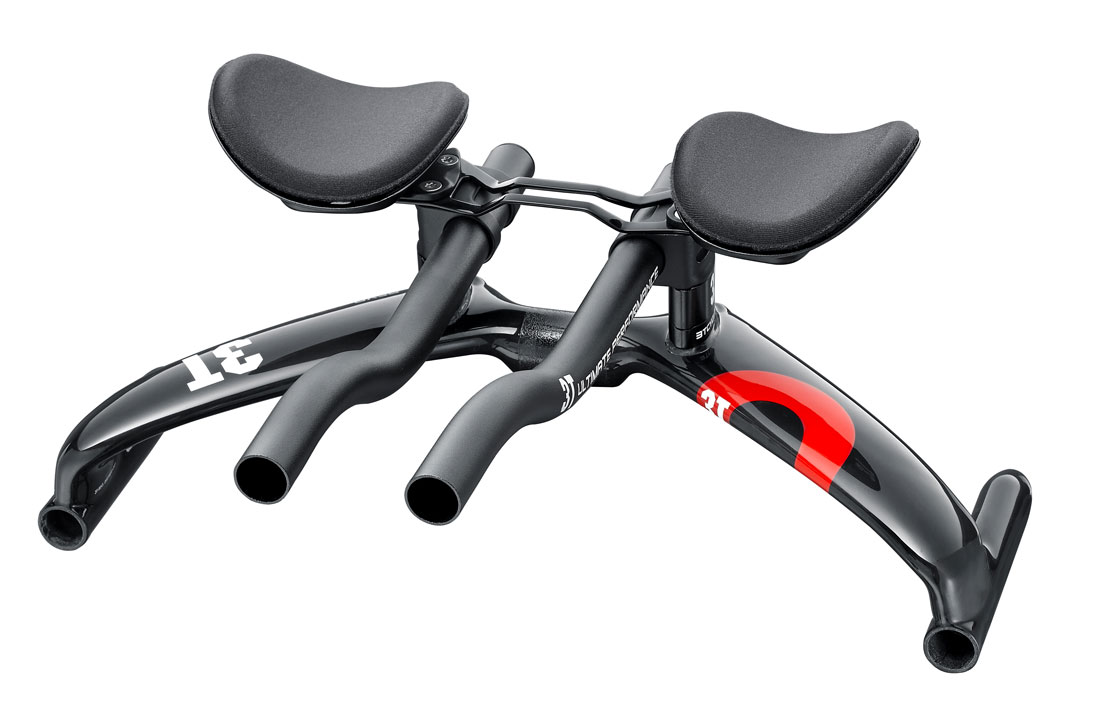 05 Apr 2016
By Gianni Pericolo - In LATEST ARTICLES, THE DOUBLE DIAMOND

3T announced today, that its Revo aerobar has been the recipient of a prestigious Red Dot Award for its innovation and design.

Launched earlier this year, the Revo is the first-ever aerobar to attach the basebar wing to the front of the grips instead of the back, literally changing aerobar design by 180°.

The classic bullhorn aerobar has changed little since it was first used in the 1980s, but 3T has turned the design on its head with its new Revo aero bars.

Instead of having the grip area of the bullhorn bars pointing forward, 3T has repositioned them pointing backwards, giving them a completely unique look, as if they were a standard pair of drop handlebars when viewed from above.

According to 3T, this design is not only more aerodynamic than that of standard bullhorn handlebars, but provides a more secure grip as the rider’s hands cannot slip forward off the front of the bars, also meaning that they are easier to use in the wet and when cornering over rough surfaces.

The Revo was not something that was simply designed in the lab however, rather it was developed and tested in conjunction with the world’s top time trial championship team – BMC Racing.

Apparently the jury at this year’s Red Dot Award competition was equally impressed as well, as it awarded the Italian brand top honors for the Revo in its leisure, sport and games category.