The “Black & White Fixie” by Elipto 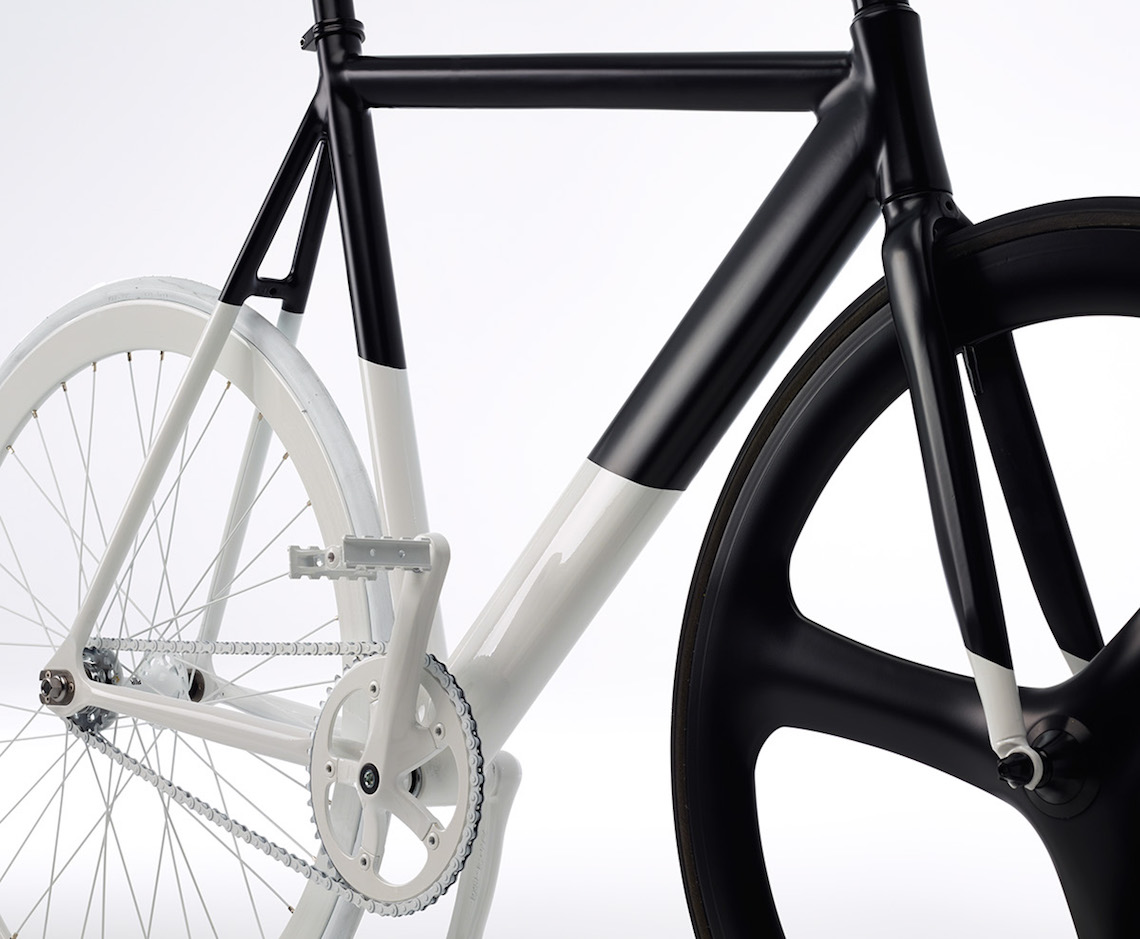 While the Black & White Fixie remains only a concept bike, it’s sure to delight the underground cycling masses everywhere.

The Black & White Fixie is the creation of Belgian graphic designer, Dirk Claessen, which has been punctuated by a striking two-tone black and white livery, that’s comprised of a lightweight aluminum frameset that’s been topped-off with a bespoke laser engraved leather saddle and handgrips.

Claessen was born in Kempen, and after working in his father’s auto body paint shop where he obsessively refined his skills as a custom painter,  he later went on to graduate from the School of Arts in Brussels with a master’s degree in graphic design.

His first job was at Bell Racing in Europe where he specialized in graphic artwork for the company’s custom helmet division, quickly earning himself the reputation as the go-to artist by numerous top F1 racers to design their helmets.

In 2012 he moved to Antwerp, where a stint at Pinkeye design studio earned him a number of skills in branding and graphic design integration.

After establishing his own design firm Elipto, Claessen has gained ever greater independence where he is now able to engage in special projects and design work, with the Black & White Fixie being his latest tribute to cycling.