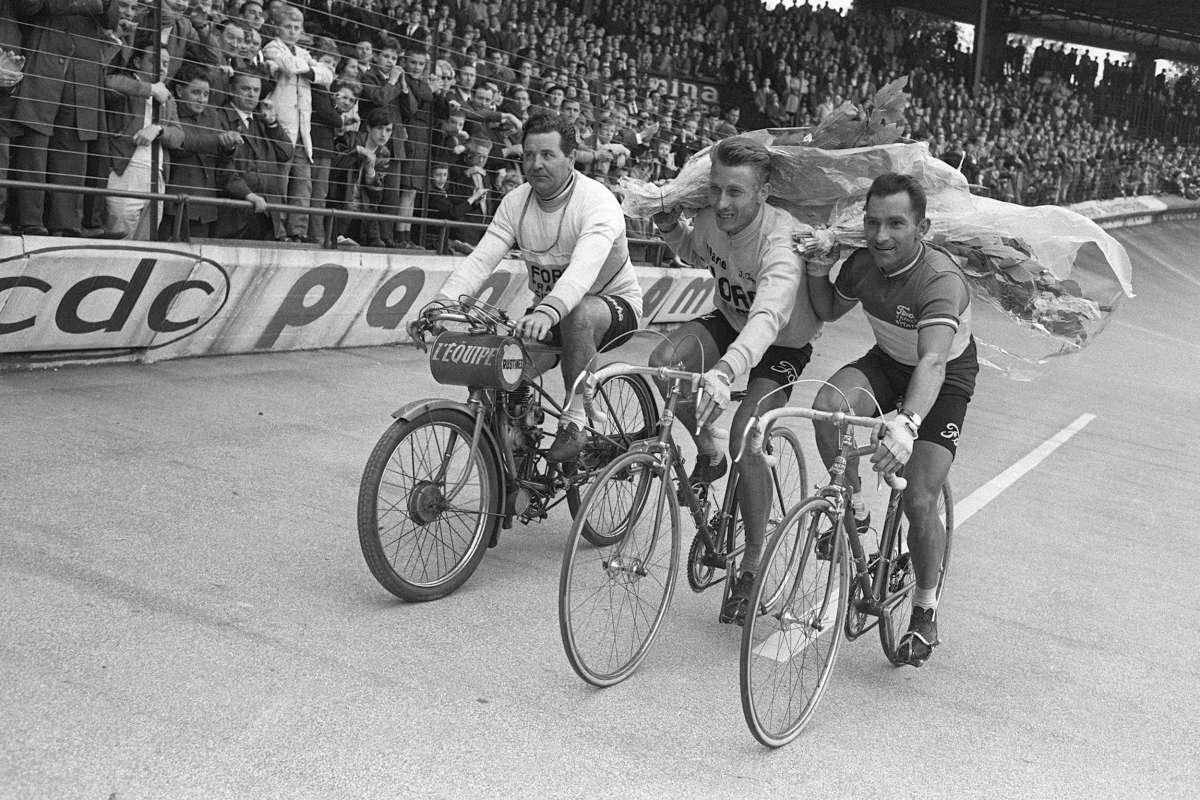 In 1965 the great French champion Jaques Anquetil made history by winning the 8 day Critérium du Dauphiné Libéré before transferring immediately to the start of Bordeaux-Paris, the world’s longest single day classic. At the time it seemed unthinkable but Anquetil not only raced but he went on to win the 557km race less than 24 hours later!

To celebrate the 50th anniversary of this historic occasion, Nicolas Roux re-created the great Bordeaux-Paris ride. Starting at 1am at Bordeaux, passing the Chateaux de la Loire (Castles of Loire) and finally pacing behind the derny just like Anquetil. See how Nicolas battles against the 600km distance and changing weather conditions on his own historic ride.