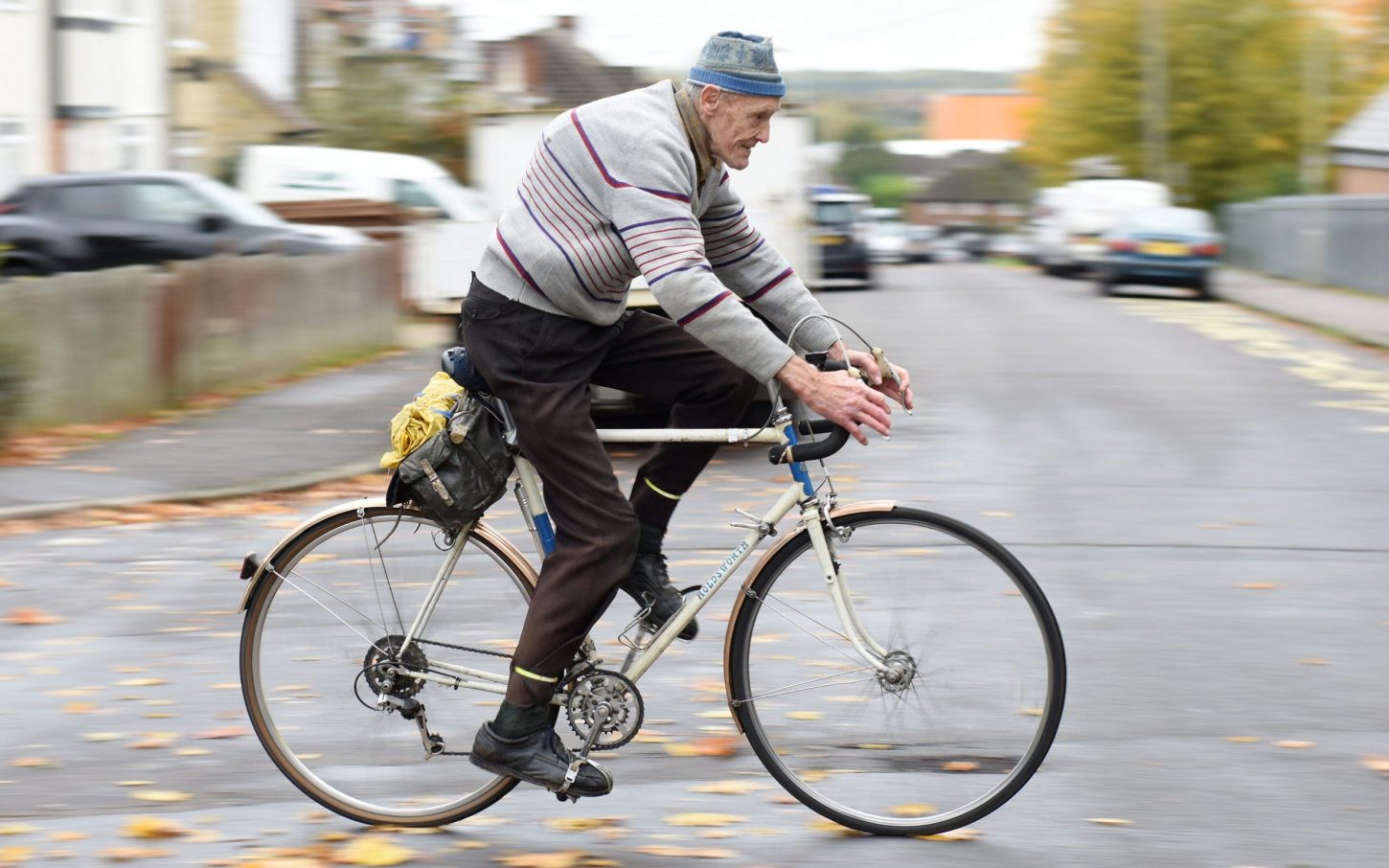 After almost seven decades of riding, an 82-year old British cyclist is within four miles of reaching the one million mark.

Russ Mantle will hit the landmark by riding just four miles from his home to a local cafe in Mytchett, Surrey.

“I haven’t really been going for it, the miles have just naturally piled up because I enjoy cycling so much that’s it’s just natural to be a mile-eater,” said Mantle.

“Even when I was in my 60s and 70s, I was doing my highest mileages, so it just shows you that as you get older you don’t necessarily have to do less.”

Cycling UK chief executive Paul Tuohy said, “cycling a million miles is not only incredible it’s almost incomprehensible. Russ never set out to break any records, cycling is simply a part of his life.”

“Cycling UK’s mission is to get a million more people out on their bikes, it’s amazing that we’re celebrating one man’s achievement of cycling a million miles in his lifetime.

“Russ is an inspiration and he shows us all what is possible.”

Over the years, Mantle has earned himself the nickname “Mile-Eater Mantle”, who was featured in an article in The West Surrey Cyclist that described him as being no ordinary looking cyclist.

“In winter he’ll be wearing not a helmet but a woollen hat, a well-worn gabardine jacket, ordinary black trousers with trouser clips and a pair of normal walking shoes. In summer he’ll be in a cotton shirt, a pair of long shorts and the same walking shoes.

“His bike outside is a large-framed, steel Holdsworth of 1970’s vintage with an ancient Carradice saddlebag topped by a rolled-up cycling cape of some vintage.”

“He might then join the slower group for a mile or so but, at the first junction, he’s likely to turn off on his own or start walking up the first steep hill.

“But don’t be deceived by appearances. In earlier days even the hard cyclists would have to fight to keep up with him and he’d stroke up many Surrey hills in top gear.”

“This man is a cycling legend whose achievements as a former racing cyclist and cycle-tourist are on a scale that none of us is ever likely to remotely approach.”

From 1953 to 1973, Mantle won 28 open time trial events, along with extensive touring that took in many of the iconic climbs of the Tour de France and the Giro d’Italia.

Mantle has suffered a number of serious injuries during his years in the saddle, one of which left him unconscious in a hospital bed for three days after he was hit by a truck.

Mantle is a member of Uk Cycling’s 300,000 Mile Club, which lists on its website those who have passed that benchmark.