A Closer Look at the Lightweight Urgestalt 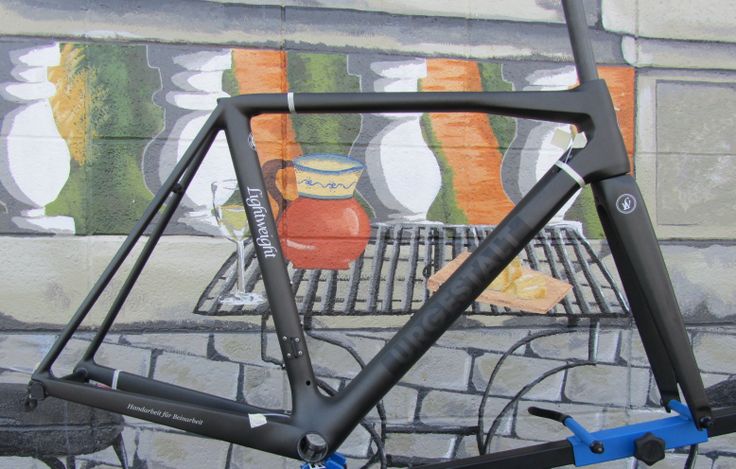 I recently had the rare opportunity to take an up close and personal glimpse at the new Urgestalt frameset from the "uber" lords of carbon fiber, at Boston’s premier bicycle boutique – ATA Cycle. Let me also say, that to anyone’s knowledge, this is the first and only frameset to have arrived in the USA thus far. And, while other cycling publications and journals have had the pleasure of reviewing the Urgestalt as well, I had the unbridled privilege of holding it, weighing it (which seems to be paramount to any frame review these days) and examining it "warts and all" – with the utmost impunity.  😉

Let me first say, without sounding immodest, I’ve had the pleasure of owning, riding, reviewing, selling and in some cases building, the finest bikes the world over. This was not my first bubble bath with a high end super bike – to say the least.

To praise or pillory ?

From the moment I laid my eyes on the box, I couldn’t help but think how Markus Storck probably wanted to "das ax-murder" Lightweight for copying his packaging. Oh well, you can’t fault them for having good taste too.

As the vernissage got underway, it became immediately apparent, that this was not some "badged" beauty that Lightweight decided to simply throw it’s name on for the sake of calling it their own. Indeed, upon first inspection, it was abundantly clear that the frame extolled all of the virtues consistent with German engineering excellence. In my opinion, the fit and finish, attention to detail and balance of the Urgestat were unsurpassed. As far as the nuts and bolts, groupset capability, cable routing and bottom bracket hoo-hahs were concerned, suffice to say, everything needed to adorn the Urgestalt with whatever drive-train wishes the owner had – are there.

While Lightweight states that the frame is designed and engineered by them in Germany, they’re also forthcoming about the fact that it’s fabricated in the Far-East as well. But, Lightweight gives no clues as to just exactly where. And, not that it’s all that important to know, but given my experience with other high end brands that are out sourced to that region also, I would venture to guess that it’s the Taiwanese facility XPace – who is known for turning out very high quality specimens. In any case, the Urgestalt is exquisite.

What type of carbon is used ?

The short answer is good. The truthful answer is, no one but Lightweight knows. And they’re not saying. So, in end, one must trust that Lightweight has chosen the highest quality and best modulus carbon to execute the Urgestalt. And, just as one wouldn’t ask Colonel Sanders what’s in the secret recipe, I refrained from further inquiry.

What does it weigh?

Here’s the money shot every reader has been waiting for ! Ready ? According to the scale on hand, the size 54 Urgestalt weighed in at 860g, while the fork and seat post weighed in at 318g and 135g respectively. Pretty much in keeping with Lightweight’s claims for sure.

I would say that the Urgestalt’s geometry is definitely oriented toward performance. But, not to the extend that it’s too "racer" like – to the detriment of comfort. According to Lighweight, their objective was to create a handling dynamic that struck an excellent balance between responsiveness and comfort. And, judging by their geometry chart, the Urgestalt appears to be in close keeping with those goals.

While I didn’t have the opportunity to ride the Urgestalt, it did not prevent me from thinking how wonderful this frame must perform. One of the traits that culminates over time for a bike "nut", is the ability to discern the virtues of a particular frames, if only through touch and feel, and know how it differentiates itself from others. The Urgestalt not only stood out, it consumed me with desire.