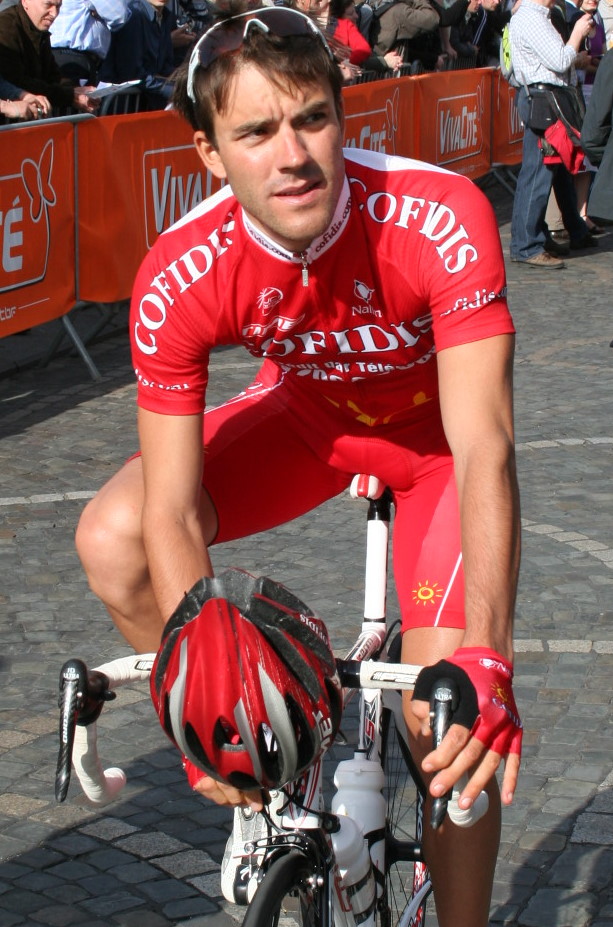 According to a new study, A relationship between attractiveness and performance in professional cyclists,  the research suggests that top performing cyclists, especially those who are winners, are viewed as being more attractive.

– Women rate top male endurance cyclists more attractive than lower-ranked ones even without knowing who they are, a finding that sheds light on the mating game, a scientist noted this week.

Evolutionary biologist Erik Postma of the University of Zurich selected portraits of 80 cyclists who took part in the 2012 Tour de France, one of the most grueling events in sport, and asked participants in an online survey to rate the faces for attractiveness.

A total of 816 people took part in the vote, nearly three-quarters of whom were women.

What emerged, says Postma, was a remarkable link between a rider’s average success in the competition and his perceived good looks.

“Riders that performed consistently well across the whole race received the highest performance score,” Postma told AFP. “This performance correlated well with their final placing” in the Tour de France.

The top 10 percent best-performing riders on average were considered a quarter more attractive than the bottom 10 percent, Postma found.

Preference for faster riders was strongest in women who were not on the birth control pill, which affects hormone levels.

The riders’ performance criteria were based on Postma’s own yardstick, assessing riders for endurance across the race. He factored in a rider’s time during the prologue, the two time trials and the overall race.

In 2012, 198 cyclists started the race. Postma excluded from his batch all those who didn’t finish and those who wearing sunglasses, caps or beards in their photographs.

Those ruled out from the batch included the winner, Britain’s Bradley Wiggins, who was wearing sunglasses in his picture.

This left 104 portraits that were standardized as much as possible, of which Postma randomly selected 80.

Most of the respondents knew next to nothing about professional cycling, additional questions on the survey found.

Overall, the research suggests that endurance in a man is a big plus for women, a finding that Postma says is consistent with Darwinian theories about mating choice.

During the course of human evolution, hunting success – and by extension, feeding a family – depended on a man’s ability to chase game for hours or even days.

The stamina so prized by women is likely to be reflected in facial attractiveness, goes his hypothesis.

There are also other factors for attractiveness, though, Postma stressed. No. 1 hunk was Amael Moinard, who on Postma’s performance card was ranked a less-than-stellar 42nd out of 80.

Hmm… after reading all of this, I can’t help but wonder how Chaz would rate if he/she set aside "cutting the rug" and took up the bike ?