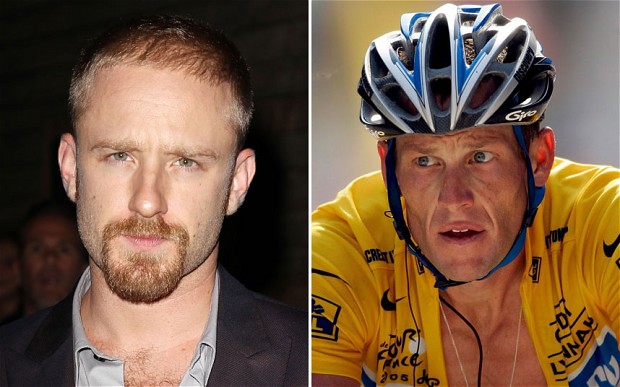 In an exclusive interview with the entertainment website IGN, actor Ben Foster says he has a new found respect for Lance Armstrong.

In preparation for his role in Stephen Frears’ up and coming film that’s based on David Walsh’s book, Seven Deadly Sins: My Pursuit of Lance Armstrong, Foster has spent considerable time "in the saddle" and immersing himself amongst cyclists and the race culture.

"Those guys suffer in a very specific way. It was really interesting to spend time in that community. I had no idea what it took to push the body that way.

As for his opinion about Armstrong and the revelations about his past doping that were brought to light over the last year or so, Foster seems to developed a sense of appreciation and admiration for the disgraced cyclist.

“In terms of his athletic ability, there aren’t many like him. That’s a combination of focus. It’s as much will as being a physical body. He’s one of the greatest athletes that’s ever lived.”

“He came up in a time of doping, and it’s my opinion, if you look at the statistics, you have to go down 17 or 18 guys for those seven years retroactively, at least, to find a clean rider.

“So it wasn’t EPO that made Lance the greatest cyclist. It was something far bigger. How he handled that ability, how he handled his will, that story’s not over yet.”

The as of now, the untitled movie will co-star Chris O’Dowd as journalist David Walsh whose dogged pursuit of Armstrong contributed to his downfall.