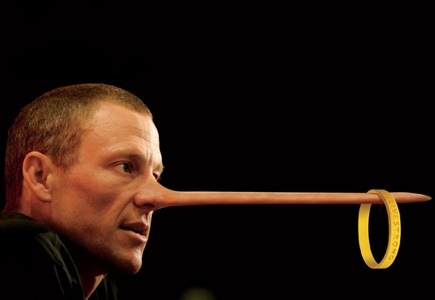 A three-person arbitration panel handed down a decision today, ordering Lance Armstrong and Tailwind Sports Corp. to pay $10 million to SCA Promotions, in what was labeled as an "unparalleled pageant of international perjury, fraud and conspiracy" that covered up the embroiled cyclist’s use of performance-enhancing drugs.

The Dallas-based SCA Promotions announced the 2-1 decision against the former cyclist when its lawyers said Monday they had asked Texas’ 116th Civil District Court in Dallas to confirm the arbitration ruling, dated Feb. 4. The panel included a neutral chairman, who ruled in favor of SCA, and one person selected by each side.

Tim Herman, a lawyer for Armstrong, insisted the ruling is contrary to Texas law and predicted it will be overturned by a judge.

SCA previously paid Armstrong and the now defunct Tailwind Sports,  about $12 million in bonuses during Armstrong’s career, when he won seven Tour de France titles. Armstrong was subsequently stripped of those victories, after he and his U.S. Postal Service teams were found to have used banned performance-enhancing drugs.

SCA disputed the bonuses in arbitration in 2005, and the case produced the foundation of the doping evidence later used against him. Despite allegations of cheating, Armstrong continued to deny doping and the company settled with Armstrong and paid him $7 million in 2006.

The company sued Armstrong to get its money back after Armstrong’s cheating was exposed by a report from the U.S. Anti-Doping Agency and a televised confession interview with Oprah Winfrey.

In the 2005 arbitration hearings, Armstrong testified under oath that he did not use performance-enhancing drugs.

"Perjury must never be profitable," the majority wrote in the new decision.

"It is hard to describe how much harm Lance Armstrong’s web of lies caused SCA but this is a good first start toward repairing that damage," Hamman said.

Armstrong argued his original settlement could not be overturned under state law. The arbitration majority said the $10 million was a penalty for Armstrong’s lying and efforts to intimidate or coerce witnesses in the previous case.

"This award is unprecedented," Herman said.

Herman noted Lyon’s dissent said the panel was not deceived in the original settlement when it signed off on a voluntary agreement entered by SCA.

"There is no Texas case or statute that allows for this type of sanctions motion nine years after the award was given," Lyon wrote in his dissent.

Lyon’s dissent also attacked SCA, writing that in 2005 the arbitration panel had found the company to have engaged in selling insurance in Texas without a license, which could have exposed it to more than $22 million in damages under Armstrong’s original claims.

"No party in this case came here with clean hands," Lyon wrote.

"The final decision by the panel reminds me about the ‘do right rule.’ It doesn’t matter what the law is, let’s just do what is right," Lyon wrote. "Arbitrators, like judges, don’t have that luxury, and the Panel exceeded its authority by indulging itself here."

Armstrong also is being sued by the federal government and former teammate Floyd Landis in a whistleblower fraud action over his team’s sponsorship contract with the Postal Service. That case is not set to go to trial before 2016.