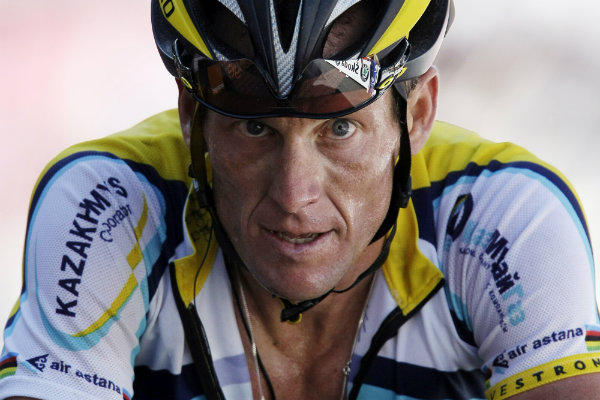 Lance Armstrong is scheduled to participate in the Tour de Gruene Bicycle Classic this weekend – a  31-year-old charity race in New Braunfels, Texas.

However, as of last week, the beleaguered, former pro cyclist, was prohibited from participating in a similar event by USA Cycling and the US Anti-Doping Agency (USADA), as a result of his life-time ban for "doping".

Armstrong previously set the race’s individual time trial course record back in 2008, before he was stripped of his seven Tour de France titles, after the US Anti-Doping Agency revealed a "protracted and systematic" doping program instituted by the former US Postal Service team captain.

Ironically, Armstrong’s course record was broken in 2010 by Tom Zirbel, who was serving a two-year doping suspension at the time as well.

The World Anti-Doping Agency’s  ( WADA) code, says a banned athlete can’t compete in an authorized competition or activity in “any capacity” during a period of ineligibility. USA Cycling ruled that the Oct. 26 Gran Fondo Hincapie event was an “activity” under WADA’s Code, prohibiting Armstrong’s participation.