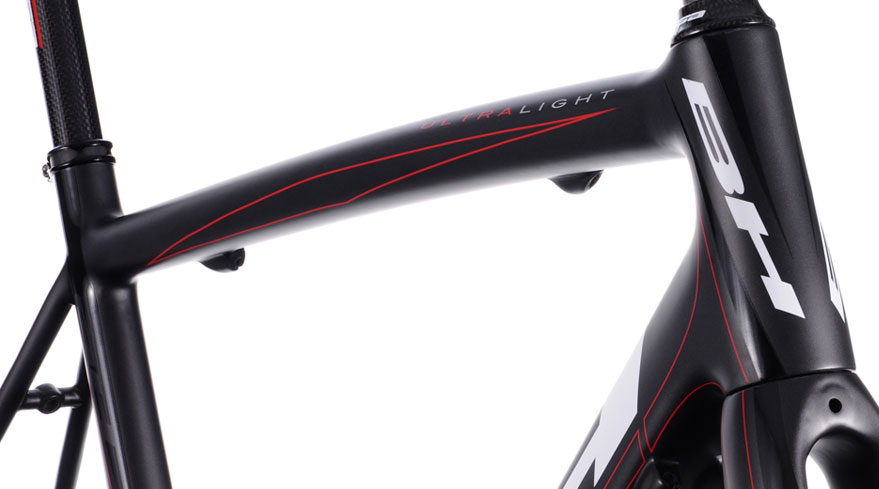 As the saying goes, "there’s nothing like sleeping in your own bed", the same can be said as it relates to riding one’s own bike.

Indeed, once a test ride is over, and the review is finished, as exciting as the experience may have been, the desire to retreat to my own bike like a finely sprung mattress and perfectly feathered pillow – always prevails.  In fact, until recent, I had been riding the same bike since 2008, which constitutes the longest period of time that I’ve kept anything high performance – cars included. Which begs the question why ? Well, the simplest answer is, because the bike possessed a level of "synergy" beyond any previous bike that I had owed. And, for the record, synergy is a word that I use to describe the harmonious relationship between all working parts that gives a bike a sense of balance and poise that endures. Lofty !

With being said, why would I ever consider changing bikes ?  To be truthful, as someone who is ensconced in the bike trade, and constantly writing about the latest and greatest products, the back drop of all of this became a consistent reminder that my trusted steed was getting a bit "grey in the tooth". Especially, since it had twice been replaced by newer models. In my mind, it was simply time to upgrade. But, at what cost I feared ?

Fast forwarding to a couple of months ago, a friend and colleague in the bike industry encouraged me to test ride his new BH Ultralight road bike. And, needless to say, I jumped at the chance. But, before I get into the part about the test ride, let me digress for a moment a tell my story about BH.

For years, I marveled at these sexy, obscure bikes that I saw being ridden amongst the ranks of the European peloton – that bore the initials "BH". Yet, despite knowing very little about them, I wanted one. Call it a case of being drawn to "exotica".

However, it wasn’t until years later when I became a product manager, that I was able to pursue the brand in earnest. And, pursue it – I did ! Calls with the company in Spain, along with attempts to track down the most recent importer in the USA, which, incidentally, was up and down like a toilet seat, became a weekly undertaking.

To make a long story short, it wasn’t until BH USA came into being, that the brand finally found itself on firm ground here. And, it was during that time, that in my own small way, that I was able to help establish the brand here in New England. And, Im pleased to say that BH USA has done a remarkable job of providing stewardship over the brand ever since. In fact, most credit BH USA for making it the brand it is today – worldwide.

So, that’s my brief ditty regarding my connection to BH. I highly recommend readers to research the brand’s rich history, which dates back to more than a century ago, as a munitions manufacturing company that was founded by three brothers (Beistegui Hermanos) in the Basque region of Spain.

On with the review !

Before I set out on my ride, I spent considerable time scrutinizing an Utralight frameset, in it’s single form.

I was astonished to see just how light it was (the frame alone hovered at scant 800 grams on the scale), while at the same time, it constituted one of the boldest and most robust designs that I had ever seen. In fact, it almost seemed like a contradiction in terms, that something that appeared to be so seemingly over-built, could feel so light and balanced in my hands.

As far as the construction is concerned, I try to refrain from too much technical mumbo-jumbo, and refer readers to the manufacturer’s details. However, suffice to say, that BH’s engineers discovered a way to fabricate the Utralight from that magical cloth they call carbon fiber, in a manner that yielded one of the most finely finished, nicely balanced and deliberately stout framesets, that I’ve experienced to date. Moreover, they succeeded in incorporating virtually every bit of the industry’s latest technology with regard to features and engineering cues  – making it contemporaneous with even the most costly and sophisticated framesets available.

I will add this however, BH’s BB386 bottom bracket design resulted in one of the smoothest cranksets and best "chain lines" I’ve ever encountered in the course of a bike build.

Perhaps, the most difficult thing for me about this test ride, that set it part from others, was the inkling in the back of my mind, that I was due for a new bike. Still, any eagerness toward  making a rash decision, was quickly mitigated by the fact that I still loved my existing bike.

However, with no exaggeration, within the first mile or so of the ride, I had the keen awareness that I was riding something special. Even in light of the fact, that the Ultralight was built up with an array of components, wheels ect…, that I was completely unaccustomed to, I was totally engaged by it’s road manner.

The ride consisted of a sizable 30 mile loop, which entailed a series of undulating roads, short, but steep climbs, along with a few good descents. And, all the while, words such as "responsive", "fast", "comfortable", "explosive power" and "rock solid" flow from my mouth almost as quickly as I peddled. And, I have a very high cadence. 😉 I was totally enthralled with the Ultralight.

The evening ride concluded with a hearty repast. And, as the hour grew late, I began to long for my bed. Curiously, however, for the first time following a test ride, I didn’t long for my own bike. It was then that I knew the Ultralight would be mine. However, I felt that a true expression of it’s qualities would only come, after it was built up according to my preferences.

At the risk of sounding mercenary, I said good-bye to my old frameset, and reclaimed it’s glorious assembly of parts for my new bike.

To wit, a Campagnolo 11 speed  Super Record groupset, ENVE 25’s carbon tubulars and various and sundry tasty, lightweight cockpit bits and pieces. And, in the end, my BH Ultralight weighed in at a feathery 12.51 lbs. without pedals. Enough to make even Karen Carpenter jealous I thought. (I can’t believe I just said that) 😆

However, the fact that a bike is alone light, can easily devolve into mere numbers, if it lacks composure. And, I can assure you that I have ridden plenty that have experienced that  conundrum, wherein they were too light for their own good.

Getting down to the details, I’ve been riding my new Ultralight for nigh on to a month now – traversing the hills and valleys of western Massachusetts. And, I betray no secrets when I say that there are plenty of hills. Oh yeah !

So far, my new "ride" has provided me with a sense of enjoyment that culminates all of the qualities and attributes of previous bikes that I have owned or test ridden – into one bike. There isn’t an ounce of forward energy lost on this bike. It ascends gracefully and almost effortlessly, as one would expect from a bike that is this light. Yet it stands out equally in it’s ability to descend as well. In fact, I’ve resorted to such hyperbole as – "I could tie a necktie while plummeting down even the trickiest and most demanding of descents".

But, perhaps most importantly, the Ultralight has a wonderful all-around manner that makes equally comfortable riding for any distance – regardless of pace or intensity.

This I find is exceptionally rewarding in contrast to other bikes that I have owned or test ridden, given the fact that many of them fell into specific categories, or had a specific focus – meaning that there was always a trade-off in terms of their ability to do some things well – while other things not so well.

Thus far, my new BH Ultralight has shown no chinks in it’s armor. And, best part of it is, that I get to sleep in my own bed, and not long for any other bike other than my own. Dig !

Special thanks for ATA Cycle in Concord, Massachusetts for providing me with the initial test bike, and acting as a point of delivery for my new bike.