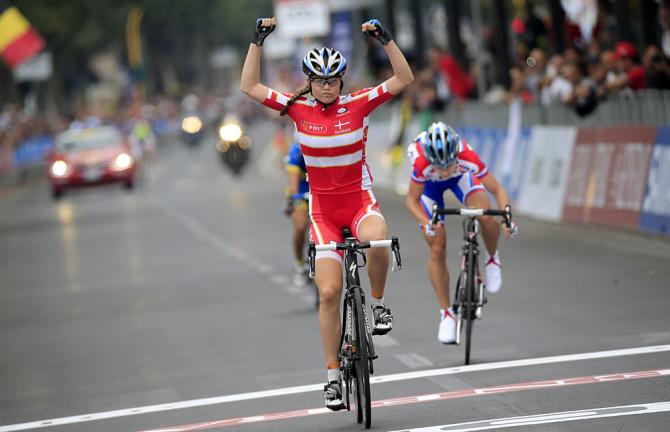 Up to 30 bikes and 50 sets of wheels were stolen from members of the Danish team, some of which belonged to its junior cyclists who have to purchase their own equipment.

It was the second time thieves struck during the event in Florence, with the Russian team forced to find replacement bikes before the elite men’s road race. The incident occurred on the evening after the men’s road race.

"We had taken all the precautions we could," the Danish Cycling Union said in a statement.

"We had backed a car close up against the back door of the van, there were cameras and a night porter at the hotel.

"But as has been the case with similar thefts in the cycling world, they will do anything to get in."

The Danes finished with four medals from the event, their best ever result, including gold in the under-19 women’s road race.

The winner of that event, Amalie Dideriksen, said she was disappointed the theft took the gloss of here maiden world championship victory.

"It is very frustrating not to be able to enjoy this gold medal," Dideriksen said.

"Now I am worried about how I will purchase my new equipment."