Bomb Found at the Giro d'Italia in Dublin 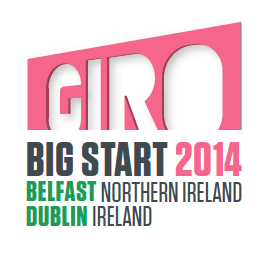 The Irish Independent, reported today that a massive car bomb was discovered following yesterday’s stage 3 of the Giro d"Italia in Dublin.

According to the newspaper, a car containing a bomb hidden in a milk churn was discovered by the Gardai in Finnstown Country House hotel in Lucan, Co Dublin, that was was primed and ready to be detonated.

Sources revealed that it contained 50lb of explosives made from fertilizer, and was armed and ready for use with a timer attached.

While the intended target remained unclear, the bomb was seized just hours before the finish of the three-day cycling event.

"This was a deadly, full-size bomb which had been wired up and ready for imminent use. If it had gone off it would have caused total devastation," a source said.

Security sources say that the device was fitted with a Timer Power Unit, a hallmark of all major IRA bombs. Also known as a "safe to arm" switch, the TPU can be set to detonate at a given time, which can range from a few hours to several days or even months after it is set.

In addition, sources say that a Dublin man who was later arrested who has close links to the Real IRA. The man in questioned is said to be an associate of murdered RIRA boss Alan Ryan.

The Gardai located the device after receiving a tip-off, and a major security operation was launched.