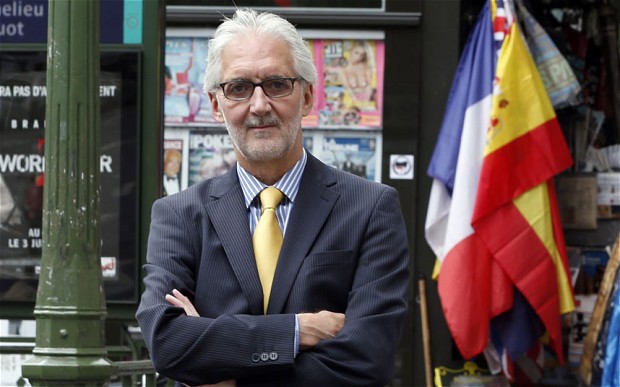 And having succeeded in getting two countries to rescind their nominations of Pat McQuaid, the Cookson camp now wants to challenge the authority of the UCI Congress to amend the constitution to prevent a hostile takeover of the UCI. When will they stop and why are they so afraid of the democracy of the UCI? Why is the Cookson camp so bent on eliminating a Pat McQuaid candidacy?

They know, as do the majority of UCI members, that Pat McQuaid is not the problem but the solution. They also know that Pat McQuaid has worked and won the respect and admiration of the majority of UCI members by promoting the development of cycling across the globe and by dealing decisively with the doping issue. Pat McQuaid has an indisputable record of achievement which can only be sullied by dishonest accusations and propaganda. It is time for the Cookson Camp to come clean and abandon its devious and dishonest campaign to unseat Pat McQuaid by subversive and undemocratic tactics.

If Brian Cookson is truly interested in "cleaning up" the UCI’s image, then a dishonest campaign cannot be the platform upon which this goal is built. A free, fair and open election is the only option for Cycling now, and the UCI Congress must restore the democracy which Brian Cookson and his legal and financial backers have tried to take away from us. The UCI must therefore do what is right; not what is convenient.

The Cookson camp seems to have managed to get a majority of European Federations to oppose the proposed amendment of Article51.1 which is being abused by them to subvert the democracy of the UCI. Cookson is using the argument that we must follow rules, and we agree. In fact, those same rules give us the right to change them and Cookson and his camp cannot deny us this right, especially when it is clear that there is a loophole being blatantly abused by their own selfish and capitalist interests. This is tantamount to a prostitution of the UCI’s values and the introduction of intimidation and gangster politics in the UCI’s electoral process.

We recognize Europe as a major player in cycling, but how can Europe alone have 14 delegates which is one third of the total UCI votes? Why is Article 47 so heavily biased in favour of Europe? Out of 10 elected members why must 7 be from Europe? Is this the UCI or the European Cycling Union?

Why must we accept Mr. Makarov’s view that the USADA would be independent in the matter? Isn’t it the same USADA which had challenges from current UCI President Pat McQuaid, who has stood up to defend our sport against those who want to police the sport, yet do not want to spend enough on detection, as they failed miserably in detecting Lance Armstrong through testing?

Mr. Makarov’s unwillingness to go through the Ethics Committee of the UCI has done more damage to the UCI. Since it was his investigation and he hired the investigators, how can he now disassociate himself from the leaks? Mr. Makarov’s actions suggest that he is Judge, Jury and Executioner, and that he and his candidate will throw enough mud at Pat McQuaid in the hope that some of it sticks.

We may not agree, but we are confident that the other delegates will do the right thing in line with the thinking of the majority of the Federations of the American continent, and not that of the most financially powerful.

It is our hope that the wisdom of the UCI Congress will restore the democracy of the organization and permit an election between Pat McQuaid and Brian Cookson. We see no reason why the Cookson’s camp should object to an open election, which it is the prerogative of the UCI Congress to decide. So let the Congress decide and stop trying to constrain it with selfish legal hurdles.