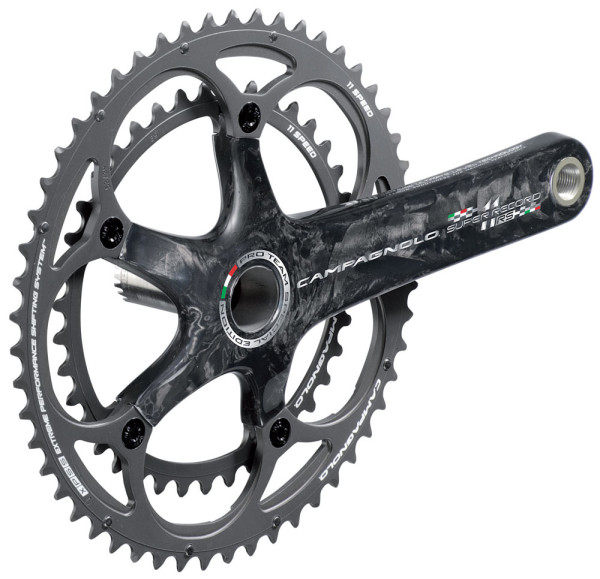 Ever since a "prototype" version was spotted at last week’s Taipei Cycle Show, only spurious details about what appeared to be a new Record groupset, could be uncovered.  However, as of today, the iconic Italian brand  officially announced the availability of it’s new "RS Edition" Super Record groupset.

According to Campagnolo, aside from some obvious cosmetic changes, the new "RS" received some key changes to the chainrings, wherein tooth shapes and ramp profiles were fine tuned to afford crisper shifting and better chain retention. In addition, the front derailleur was made "stiffer" in order to better actuate the chain between chainrings.

​Campagnolo says the reason for the "RS" edition, was to brings it’s top of the line mechanical groupset to a new level, where it continued to satisfy riders who still preferred to "shift by wire". That’s me.  🙂

Now that the word is out, it’s best to try and get your hands on a groupo sooner than later, because the "RS" will only be available in limited numbers.

No special addition groupset would be complete without some kind of styling embellishment. Note the "tricolor" graphics.