CapoVelo.com
CapoVelo.com - - Chris Froome Says the Spat Between Him and Bradley Wiggins is Over
7530
post-template-default,single,single-post,postid-7530,single-format-standard,no_animation 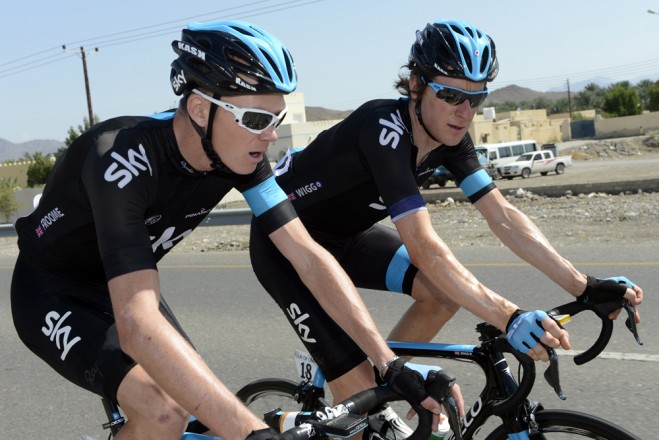 Chris Froome says that his spat with teammate Bradley Wiggins is over, as the two British Tour de France winners have made amends while training at the team’s camp in Mallorca. A division occurred between the two riders, during the 11th stage of the 2012 Tour, as they climbed to the summit finish at La Toussuire-Les Sybelles.

In an interview with the Daily Mail, Froome confirmed that their differences have  at long last been resolved.

“The fact is Brad and I have just been on a training camp together in Mallorca and we’ve had a talk about things,” Froome said. “It was very constructive and we are in a good place now. It was important we did that and it was important for the team, too.

“To be honest we should have done it a very long time ago, just to clear the air, but we are on good terms now,” he added.

Froome rode the 2012 Tour in support of Wiggins. However, he clearly demonstrated during many of the climbs that he at times was a stronger rider. This was most evident on the La Toussuire climb, wherein Froome accelerated in the final kilometers – distancing himself from Wiggins. And, despite quickly dropping back to his team leader, relations between the two were never quite the same.

“The incident in 2012 was at the root of it all,” Froome explained. ‘I’m  not sure it was that big a problem but it was all played out so  much in the media, it was allowed to escalate.”

Not surprisingly, a Twitter "storm" ensued, with Wiggins’ wife and Froome’s girlfriend weighing in.

“Michelle got caught in the crossfire, too,” Froome said. “At the end of the day she has her opinions and they’re not necessarily my opinions. But she’s very passionate about supporting me when she sees negative things. She’s just being loyal to me.“It was a huge misunderstanding where I thought I was reading the race right,’ he said of the incident on the climb. “I thought the race had evolved in such a way that opened the door for me to go. Obviously it was the wrong moment.

“And I thought if something happens to Brad, like it had the previous year when he crashed, I want to be in the strongest possible position if I’m then asked to take over. It didn’t even cross my mind to attack Brad.

“People need to remember the Vuelta . I thought Brad was fine. But it very quickly became apparent that it was a problem and that I needed to stop and come back, which is what I did.”

Wiggins, who was Knighted this week by Queen Elizabeth II at Buckingham Palace, has yet to comment on the situation. However, he did hint on riding in next year’s Tour – in support of Froome.

“We’re very different people,” said Froome. “Brad would say the same. But, like I say, we’re in a good place now.”