Cycling Race in the UK Sabotaged with Pins 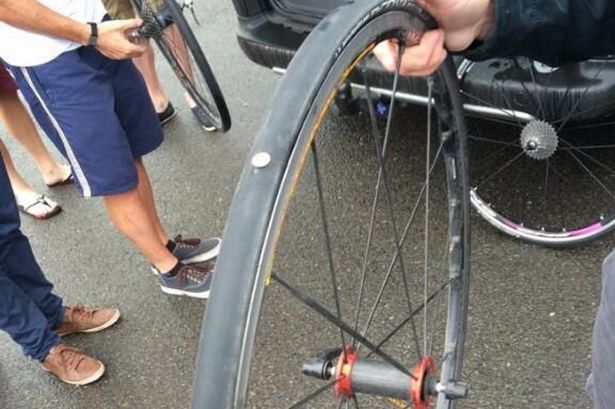 The Redhill cycle race in Surrey, England, was ‘sabotaged’ when drawing pins were scattered about the route.

Organizers for the event said, that several riders were forced to abandon the race last Saturday, after pins that were placed on the course in Newdigate, which resulted in several punctures.

"Nobody was injured said race organizer Adrian Webb, but the incident could have been "incredibly dangerous".

As a result, the Redhill Cycle Club has cancelled some future events in the area following the incident.

Webb said, deliberately puncturing the tires of riders not only risked injuring cyclists who were reaching speeds of up to 60mph, but also caused significant damage to bikes.

Furthermore, he said that he knew of  "at least three people who had tires damaged ",  and that repairs could cost in excess of $200 each.

Rob Sharland, a cyclist who took part in Saturday’s race, said that while he managed to avoid the pins, he had experienced incidents in the past where cyclists were being targeted by other road users. For example, he said that he was hit by an object that was thrown at him while participating in last year’s event.

The Surrey Police said they would prosecute anyone who was found to have deliberately put said dangerous items on the road.