Cyclist to Ride Around the World 3 Times 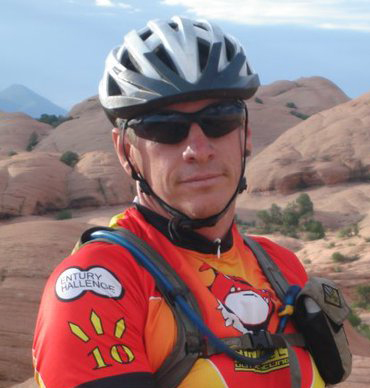 An "ultra" cyclist, who likes to be thought of as the Tarzan of the cycling world, Kurt Searvogel, will attempt to break the HAM’R Highest Average Miles Record this year.

In order for Searvogel to beat this record, at a minimum, he’ll have to ride over 206 miles every day.

The challenge will begin in Florida on January 10, 2015. And, after a few weeks of riding throughout the state, he’ll head west towards California.

From there, the route will zigzag all over the US, while he also participates in numerous races and events  – including the Race Across America (RAAM) for the third time.

“In 2011 I was presented with a challenge of riding more than 200 century rides and covering more that 25,000 miles (once around the earth) for the year. At the end of the year I finished up with 212 centuries and over 27,000 miles ridden. I was pretty damn proud of myself until someone posted about Tommy Godwin and his world record of 75,000 miles in one year. Was this even a real thing that could be done?” says Kurt Searvogel. “Then, a few weeks ago the UMCA or Ultra Marathon Cycling Association stepped in and announced the rules governing the attempt. I read the rules and without a doubt said YES, I CAN DO THIS!”.

“Anyone who knows Kurt and has watched his athletic endeavors over the years would be hard pressed to bet against him. His signature mental fortitude and enduring strength will serve him well as he launches his assault on this seemingly untouchable record.” John Foote – UltraRaceNews

In addition, to Searvogel, two more ultra cyclists, Steve Abraham of the UK and William Pruett of the US, will also make attempts to beat the long standing record as well.