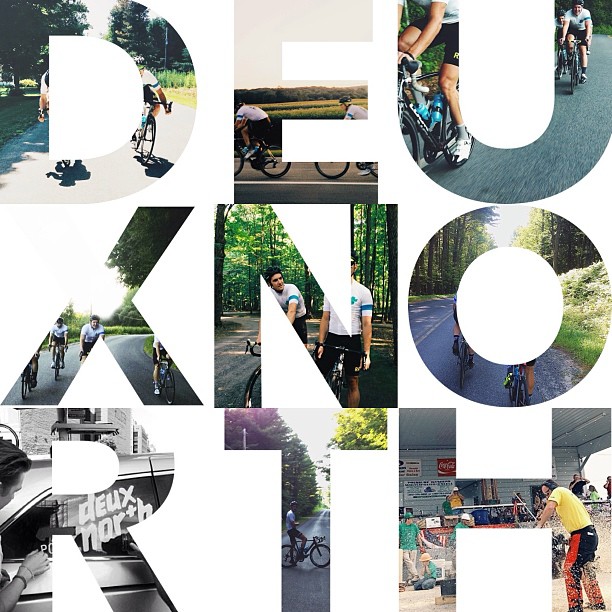 The latest episode from our friends at Deux North, takes eight of it’s riders up the coast of California from Santa Cruz, Deux North’s in order to test a new bike built for every kind of road.

After 2 days and 200 miles, the group meets the story’s narrator, El Chapulin (The Grasshopper) to listen to his story, tell their own, and compete in an event that he created over 15 years ago. On the final day. the 100-mile Grasshopper Adventure Series race serves as the finish line for Deux North’s Hunt 4.

This summer, Specialized approached Deux North with an idea. They were planning to release a new bike in July, a bike built for every kind of road. They wanted us, Deux North, to sort of test their new bike on gravel roads, single track, up Mt. Tam, and along the coast from Morgan Hill to Santa Rosa, CA. We knew we needed a Hunt unlike any other before it to meet this new bike. So, we gathered the best group of people we could think of, picked a challenging route, packed our tents, left (more than) a few things unplanned, and caught a flight to California.

On June 4th, 9 hunters met in San Jose. Coming from New York, Vienna, Tucson, and California, together they made up the largest group that Deux North had ever put together. Over the following three days, we all rode from Specialized’s HQ in Morgan Hill together to Santa Cruz to compete in the King Ridge Hopper Adventure Series on the final day.

The Hunt 4 route included nearly 30% dirt roads, over 300 miles, 30,000 ft of climbing, and 24 hours of riding across 3 days and some of the most beautiful landscapes west America offers. Nights were spent at campsites and inside borrowed barns.

We will never forget this trip.