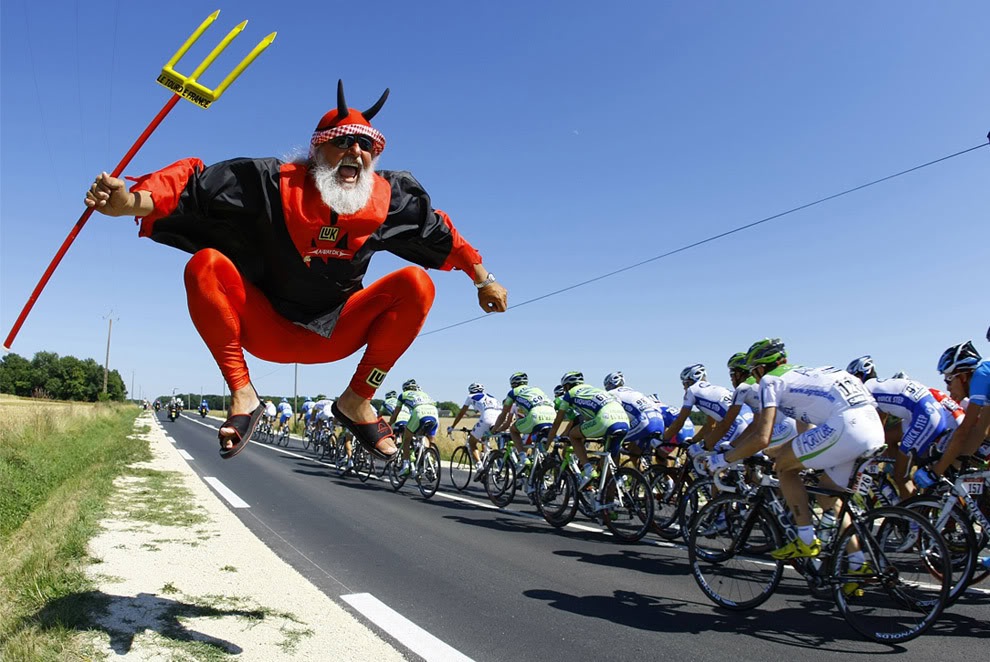 The Devil (not really) of professional cycling, Didi Senft, announced that he’s hanging up his pitch-fork, and retiring from his role as cycling’s leading mascot.

According to the "Beelzebub" of bicycling, health and financial concerns have forced his retirement.

Senft underwent  surgery in 2012 to remove a blood clot in his brain, which forced him to miss the 2013 Tour de France. In addition, his current income is €500 per month, he says does not cover his costs of traveling to races.

So what will the Grand Tours do without their Didi ? Surely, he isn’t to be replaced by just anyone from Hades.