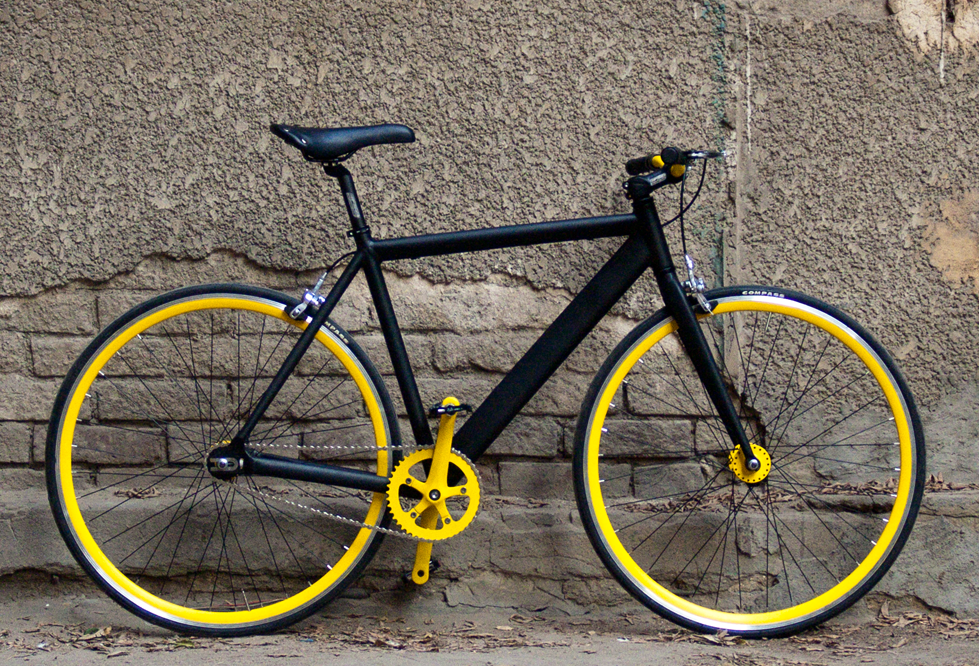 Culturally, Egypt is not the first city that comes to mind when talking bicycles; particularly, not custom ones.

But, despite that mind-set, Kareem Abdullah and Dutch transplant, Dirk Wanrooij, are leading the bicycle revolution in the historic city, with their new bike shop – Ain Bicycles.

“Other bicycle shops in Egypt are mainly just businesses,” argues Abdullah, whereas he and Wanrooij say they want to actively “enhance Egyptians’ perception of cycling”.

According to the duo, Ain is producing 10 custom bikes a month, each designed differently to give customers a sense of individuality. Indeed, each bike is made from scratch, allowing customers to have fully customizable bikes – ranging from single-speed types to Dutch style coaster models.

Both Wanrooij and Abdullah started off in other professions. Abdullah originally worked in import-export, but took a mechanics course in Canada after realizing that the city lacked “a proper decent bicycle shop where they do proper repairs”. Wanrooij always promised a friend he’d build them a bike, but as a journalist he never had the time.