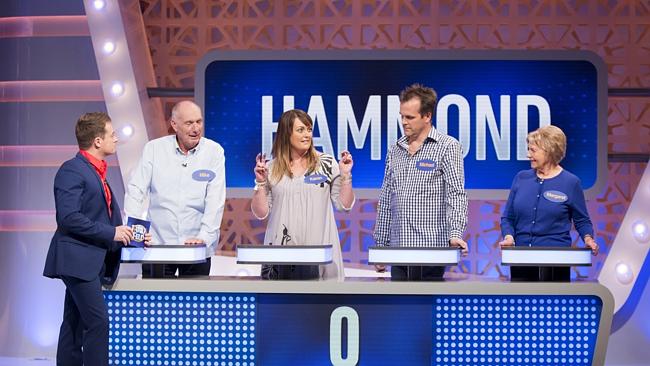 The Australian version of Family Feud (if you can image there’s one 😆 ), started a feud of its own this week with cyclists across The Land Down Under, after a question was posed to contestants that many in the pedaling community viewed as being derogatory and impolitic toward cyclists

"What is something annoying that a cyclist might do?" host Grant Denyer put to the game’s two competing families.

Contestants were given the following answers to choose from:

"Taking driving lane", "cut you off", "everything" and "wear lycra".

According to Australian Cycle Alliance president, Edward Hore, this question provoked the ire of many loyal cyclists throughout Australia, and sparked a social media frenzy.

"Seriously, the hatred against cyclists has to stop. We are all someone’s mother, father, brother, sister, son, daughter," he says. "We all have family and everyone knows a cyclist."

While he is "astounded" by the social media backlash to the question, Mr Hore says it is perfectly justified.

"I don’t watch TV at all, but we heard about it and publicised it, thinking it was another stupid attempt at ratings," Mr Hore said.

"We all know that as soon as you bring cyclists into the conversation you’re going to get ratings, which is really sad."

"The producers of Family Feud should hang their heads in shame. The next time a cyclist gets killed on the road you’ll have to live with knowledge that your partly responsible for the death of a fellow human."

"As someone who was recently physically assaulted for nothing more than riding a bike, I’d like to know why Family Feud and Channel 10 are encouraging that sort of stupidity towards cyclists … The fact the answer ‘everything’ was even allowed as an answer is disgusting!"

Despite the backlash, there were also responses that called for viewers to "lighten up" and appreciate what most likely had been intended to be a joke.

However, Mr Hore argues that there is no joke in the hatred shown towards cyclists on the road.

"Hatred on the road turns into danger towards cyclists," he said. "For God’s sake, I don’t go on my bike to annoy motorists. I don’t ride it because it’s green either. I hate paying for petrol, I hate driving and I’m getting fit and healthy."

Mr Hore said on Wednesday that he intended to  call the show’s producers to issue a complaint, but noted that he did not blame Denyer since he was "simply given a script".