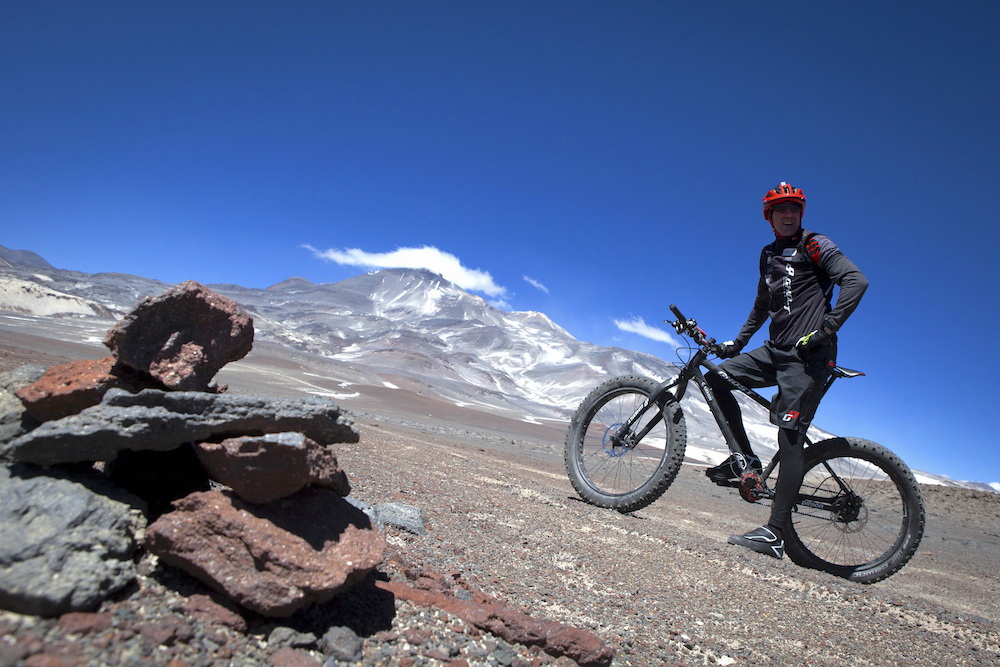 German cyclist Guido Kunze, set a new altitude record, after riding his bike up the 6,233 meter climb of the Ojos del Salado volcano on the Argentina-Chile border.

Kunze rode from Bahí a Inglesa on Chile’s Pacific Coast to the north west ridge of the Ojos del Salado on the evening of October 16th – 150 meters higher than the existing record holder, fellow German Andre Hauschke, who set his benchmark in April 2010.

The ride took Kunze a little over 37 hours, which covered 342.8 kilometers with a total elevation gain of 6,899 meters.

Kunze had this to say after his feat.

"It was really tough, not only the altitude but also the brutal winds.

“Now I am overjoyed. The detailed and meticulous preparation has been well worth it.

“Nobody in our team suffered from altitude sickness and there were no injuries or damage to the equipment.”