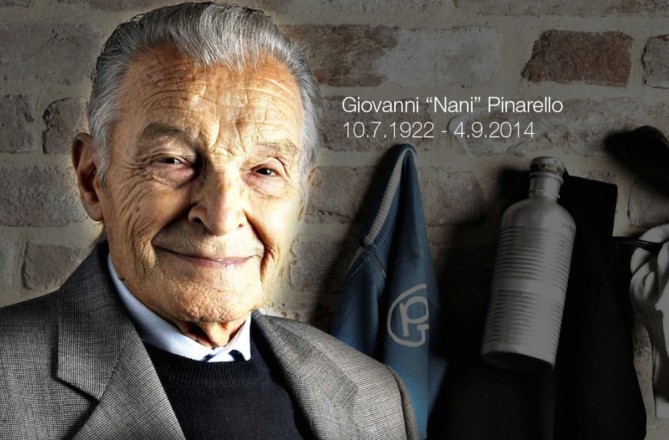 A member of cycling’s pantheon has died – Giovanni Pinarello.

The charismatic founder of the iconic cycling brand that bears his name, died yesterday at the age 92.

Pinarello, born in the northern Italian town of Catena di Villorba as one of twelve brothers. "Nani" as he was known to many, raced professionally from 1946 to 1953 – winning both the Giro delle Dolomiti and Rome-Naples-Rome.

However, he was most famous for being the wearer of the "maglia nera", or black jersey, which was awarded to the final finisher of the Giro d’Italia.

As the story goes, Pinarello won the maglia nera in 1951, in a time when the distinction was considered prestigious. But, the following year, he was removed from the Giro roster at the last moment. As such, he was paid a pittance by his team to make up for the fact that he had been side-lined. He later used the money to open up a small workshop to build his own bicycles.

The shop was opened in Treviso in 1953 and the rest, as they say, is history. Pinarello bikes won its first Giro d’Italia in 1975, and from there they rose to prominence to become one of the most sought after marques – worldwide.

Giovanni was succeeded by his son, Fausto, who manages the Pinarello brand to this day.