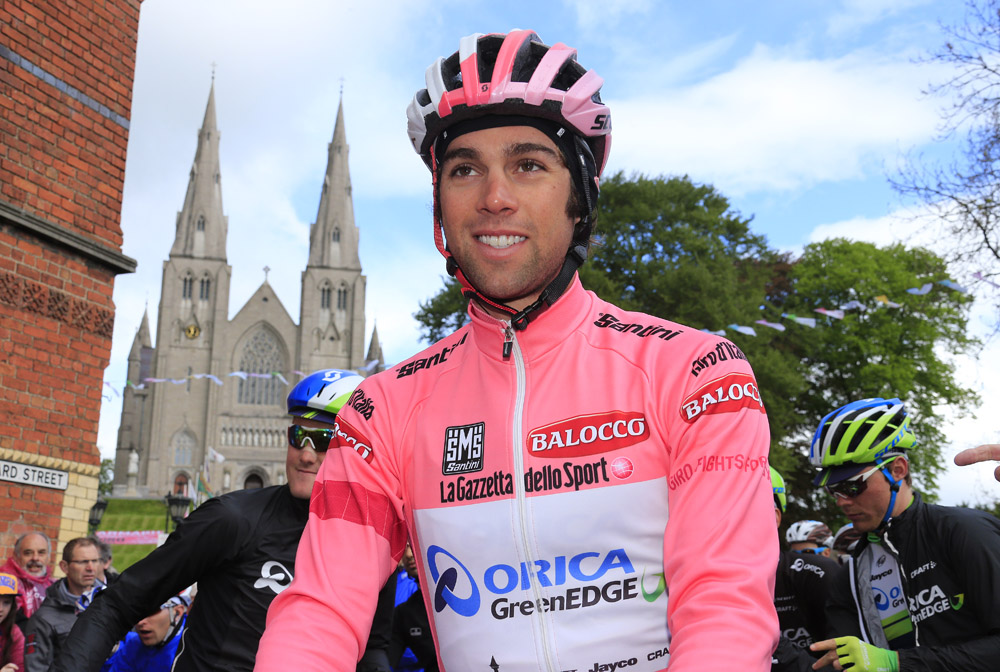 Michael Matthews defended his "maglia rosa" after claiming stage 6 of this year’s Giro d"Italia today, by beating Cadel Evans in a summit finish atop the climb of the  Montecassino.

The two Australians were part of a group of eight riders that managed to avoided a late crash that claimed numerous causalities – along today’s wet roads.

From there, BMC took up the pace setting along the final 8 kilometer ascent, before unleashing their man Evans to contest the sprint.

However, a determined Matthews timed his sprint to perfection, with a final surge to come around Evans in the last few meters to seize the victory. In addition, Tim Wellens also managed to come around the Aussie at the last moment to claim second place.

Meanwhile, many of the overall top GC contenders were scattered behind the lead group as a result of today’s late crash. And, in some instances, riders lost as much as 50 seconds in the confusion.

Matthews now leads Evans by 21 seconds in the GC, with Rigoberto Uran in third at 1:18 back.