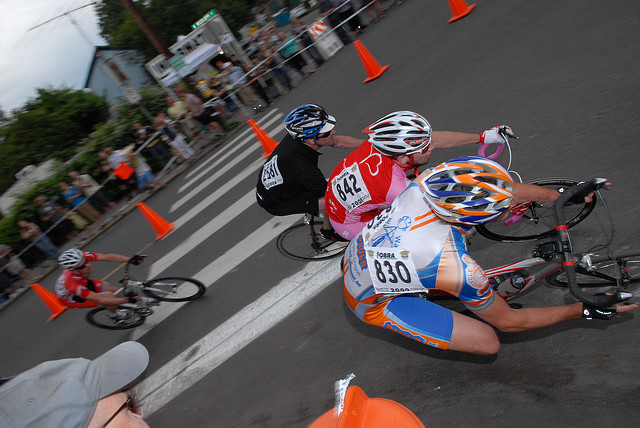 Cycling fans in Portland, Oregon are rejoicing, in hopes their city will receive the blessing of cycling’s international governing body, the UCI, to host a one-day race next August.

The event was first reported on last summer by the Oregonian, when the race made it’s way onto the UCI calendar.  However, a lack of final detail has kept the race in limbo over that last few months.

However, as of recent, the proposed 112-mile 1.2 category event, has found it’s way back onto the UCI calendar, with a scheduled race date of August 29.

The race is being headed-up by co-founder and operations manager, Jack Toland, who’s best known for his success with organizing the famous CoreStates US PRO Road Race Championship in Philadelphia.

NonBox has taken their idea to the Oregon Sports Authority, the Portland Mayor’s Office and NBC Sports, which has thus far received positive responses.

“They are all enthusiastic,” Toland told the cycling magazine, VeloNews.  “We’re now trying to sell the race to sponsors. It’s been a bit of a daunting proposition. It will cost a few million dollars to put on. We have been diligent, in determining whether or not the budget is priced right. I believe the last time they did the one-day race in San Francisco, the budget was higher than $1.7 million, and that was in 2005.

“We’re are working with overall budget figures in the $1 to $2 million range,” Toland continued. “We’re finding now… it’s not easy to find a title sponsor, so we’re trying to look outside of Portland. We’ve been as far away as New York City, meeting with different sports marketing companies.”

Portland is widely considered to be one of the most bike friendly cities in the USA, with a thriving cycling culture, to include a home-base for such notable brands as Chris King Precision Components, Icebreaker, Rapha North America, and Castelli USA, as well as a patchwork quilt of well respected independent frame builders.

In addition to the Gran Prix, plans also include a Gran Fondo event, which will take place on the same closed road circuit as the pro race, as well as some fanfare – with a concert scheduled to take place on race day.

“The City of Portland has incredible self esteem about its cycling culture,” Toland said. “Portland is a place that deserves to have a world-class race.”

Toland’s long-range plan, is to expand the franchise to additional cities throughout North America – over the next five years.

Toland also said, WorldTour events such as the ones held in Quebec City and Montreal, have served as an inspiration for his one-day events in North America.

Additionally, Toland said, if he can secure sponsorship by March 1, officials at USA Cycling, said they would help usher his race toward 1.1 level status with the UCI.

“We’re not as enthusiastic about being 1.2 race, and with Colorado finishing before our race, and then Alberta, it makes sense that we would be 1.1, to attract WorldTour teams,” Toland said. “But first we need to secure financial backing. If you can’t cover your budget, you won’t have a sustainable event, and if we can’t make some kind of profit, we’re not interested. This is an entrepreneurial endeavor. We believe the sport is marketable.”