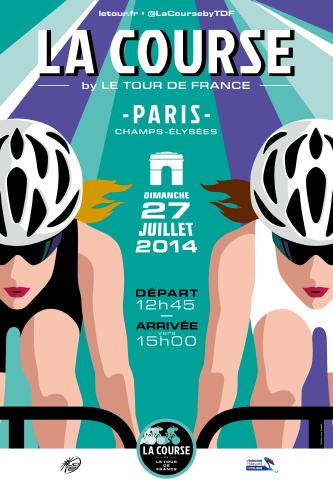 According to an article in the Spanish newspaper, AS, plans for a women’s one-day race held in conjunction with the final stage of this year’s Vuelta a Espana, gained a further step this week, after the UCI gave the Royal Spanish Cycling Federation (RFEC) the verbal go ahead – to put it back on the calendar.

Last October Vuelta a España director, Javier Guillén, expressed his desire to host a one-day women’s event ahead of the finish of the men’s Grand Tour, after the Amaury Sport Organisation (ASO) announced its plans to host La Course by Le Tour de France.

Guillén later revealed his plans to host a one-day women’s race on the final stage of the Vuelta on the Paseo de la Castellana boulevard in central Madrid.

“We’re working on the details and currently putting it all together,” said Guillén. “It would be on the last day, in Madrid.”

“It would be very similar to La Course, and have the same objective: to help boost women’s cycling and try to give it the same kind of high-profile it gained in France on the last day of the men’s Tour.”

However, in December the UCI passed on plans to hold the event, indicating that its September 13 date conflicted with several other UCI events; namely, the Lotto Belgium Tour, the final stage of the Giro Toscana International Femminile and the Chrono Champenois-Trophée Européen.

The Belgium Tour has since changed its dates in order to make space for La Course by La Vuelta, and will now start on September 8 and finish on Sept 11.

So far, only verbal plans have been established between the UCI and the RFEC, while the event’s organizer, ASO, has yet to confirm specific details.