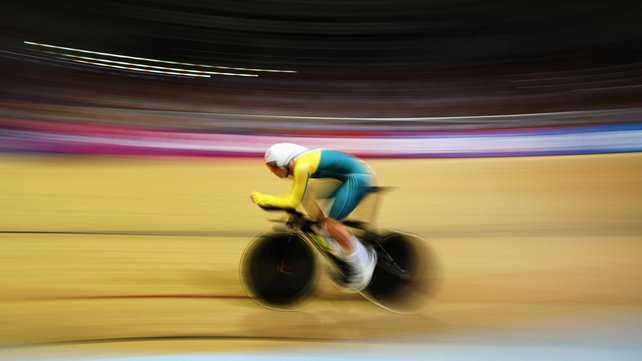 It is the second-best distance under the new rules for one of cycling’s most-prestigious records.

Bobridge also set an Australian record, but he could not beat the 51.852km that Austrian Matthias Brandle rode last October.

He started well, but went out slightly too hard on the 250m track and eventually paid a brutal price.

Bobridge was seen vomiting for several minutes after he had to be helped off his bike at the end of the ride.

"I could never imagine… it’s the closest I’ll ever be without dying I think."  "I’’m in that much pain, it’s funny. I don’t know what else to do but smile. I can’t even describe how much pain my glutes and quads are in.

"It’s by far the hardest I’ve ever done and the hardest thing I’ll ever do I think. 20 minutes in I think it sunk in what was happening and what was about to happen. 20 minutes, there is nowhere to go. You have to keep going. It was just brutal, it was brutal the whole time. There was nothing nice about anything."

"All I can really say is that it’s an underestimated record. I take my hat off to Brändle who holds the record. It’s an unbelievable record to hold.

People who do it after me have to understand that. It’s one hard hour. Brutal."

"Obviously I knew it was an hour, but when you get to that 20-30 minute mark it really starts to sink in what the body is going through," he said. "Yeah it’s when you realise you’re definitely going to hell.

"I never underestimated the effort but I think it’s the hardest record anyone could ever go through. Until you do it, you can’t really describe how hard it is. It’s next level…"

"You have to be very careful when you’re on that fine line and riding at that level and you’re body is on edge, if you top it over then your body pays the price for it for the next couple of laps. It’s about finding that rhythm , that fine line of what you’re capable of doing and sometimes when I put too much in, I paid the price for a couple of laps till I got the rhythm back. When you’re in that state it’s really hard to get that rhythm back.

"It’s all about control and rhythm. It just tore me apart.

All but ruling out a future hour record attempt, Bobridge added that the current thought of getting on a bike "makes me sick" but is aiming to be back to full health for the track worlds late next month in France.

"From the feel of my legs, it’s going to take serious time to recover and I hope to hell to that I am good for the worlds," he said.

"I take my hat off to Brandle – it’s amazing what he’s done. That’s just one hell of a record."