Jens Voight to Retire After the USA Pro Challenge 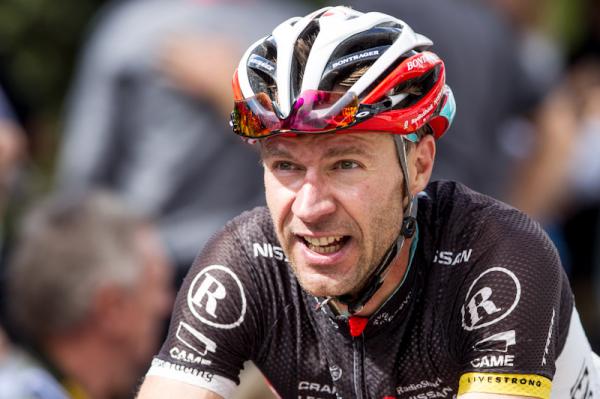 Jens Voight has been announcing his retirement over the last several weeks, to the extent that it’s almost become a melodramatic affair.

However, the popular German cyclist has confirmed, that he will indeed hang-up his bike at the conclusion of this year’s USA Pro Challenge, which starts later their month.

"I think my fan base is almost the biggest here in the US, so why not finish here?" Voigt, told the media before the start of the Larry H. Miller Tour of Utah today. "Of course, if the team is in need of some riders for some races, I can jump in and still help out. But the plan is that this would be sort of like coming to an end here."

Voight regards this as a way of thanking his fans, who have shown him unwavering support throughout his 20-year career, which has included no fewer than twenty-nine professional victories and participation in seventeen Tour de France races. In fact, according to Voigt, he still has a pile of more than 2,500 fan emails that were printed out for him, while he was recovering from a serious crash in the 2009 Tour.

For his final two races, Voigt is asking his fans to continue encouraging him by yelling out his famous slogan "Shut Up Legs", and also be on the lookout for some "crazy stupid" tactics that he’s become known for.

"There’s no need to save energy anymore," he said. "I can throw it out whenever I want, just see what our tactics say and what the plan is for the team. If I get the freedom to go, I’ll definitely want to go out and show my face, and hopefully, yeah, try to grab a stage win somehow."