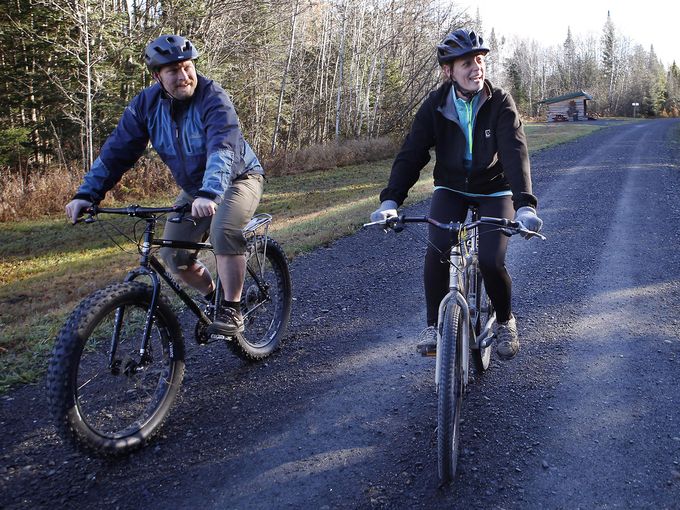 A Maine judge ruled in favor of a nurse today, after she defied a quarantine by going out on a bike ride yesterday, following a tense standoff with state authorities – saying local health officials failed to prove the need for a stricter order enforcing an Ebola quarantine.

Her attorney, Norman Siegel, called the decision a victory.

"She won," he said. "She is not quarantined. She can go out in the public. … (The judge) got the understanding of what liberty is about and how the government can’t restrict your liberty unless there is compelling justification."

Yesterday, the judge ordered stricter limits on Hickox, requiring that she "not to be present in public places," such as shopping centers or movie theaters, except to receive necessary health care. The temporary order permitted her to engage in "non-congregate public activities," such as walking or jogging, but said she had to maintain a 3-foot distance from people. And it forbade her from leaving the municipality of Fort Kent without consulting local health authorities.

Initially, authorities wanted Hickox to stay home for 21 days — the incubation period for the deadly virus — although she has tested negative for the disease and has shown no symptoms.

Hickox says that she is healthy and that forcing her to stay home is unconstitutional.

As a result, Hickox and her boyfriend, Ted Wilbur, decided to go out on bike ride yesterday, stirring up a media frenzy, as they were seen being trailed by a police cruiser and journalists.

"If anyone in the community might have noticed, we went bicycling that way. We did not go into town," Wilbur told the affiliate.

He said they are not trying to cause trouble and want the community to feel at ease.

Hickox’s quarantine was scheduled to end on November 10.